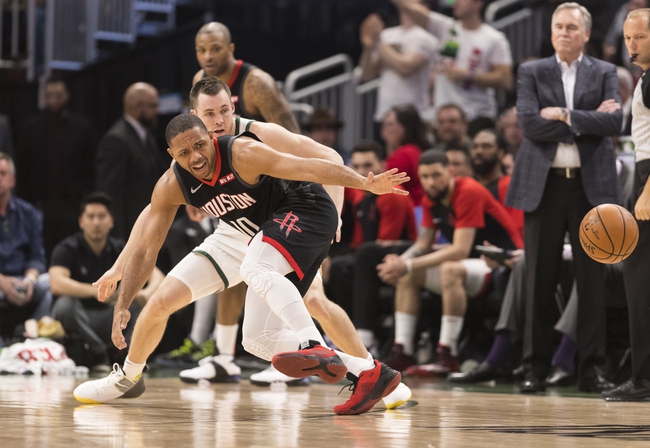 The Milwaukee Bucks kick off their season with a visit to the Toyota Center to battle the new-look Houston Rockets on Thursday.

The Milwaukee Bucks will be aiming to take another leap after falling short to the Raptors in the playoffs last season. Giannis Antetokounmpo led the team with averages of 27.7 points, 10.3 rebounds, 5.9 assists and 1.5 blocks per game which was enough to beat out James Harden for the MVP award. The Bucks weren’t too active in the offseason, but they did replace Malcolm Brogdon with Wesley Matthews and Kyle Korver to improve their perimeter scoring. The Bucks didn’t look to change their roster much after winning a total of 60 regular season games, but it will be interesting to see if they try to add another piece to keep Antetokounmpo happy with his contract coming to an end.

Meanwhile, the Houston Rockets’ fanbase have been through a lot of disappointment over the past few seasons, but just when we thought their window for a championship was closing, they shake up their roster by replacing the oft-injured Chris Paul for former MVP Russell Westbrook. The Rockets were able to keep key players like Clint Capela and Eric Gordon, so Tyson Chandler and Thabo Sefolosha were the only notable additions to the squad. After winning 53 games last season despite battling so many injuries, the Rockets will be looking to go one better and make it to the Finals.

There is plenty of optimism for both teams coming into this season as the Bucks will be looking to take the next step, while the Rockets will be eager to try out their deadly backcourt combo of Westbrook and Harden. The Bucks are 18-8 ATS in their last 26 road games and 4-1 ATS in the last five meetings overall, so I think they’re representing decent value as the slight underdogs here. This should be a close one, but I’m leaning towards the more settled Bucks to escape with the win here.