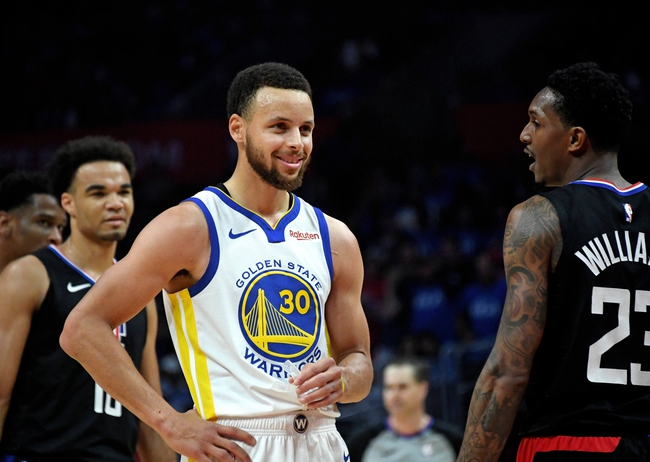 The Golden State Warriors enter this season with lowered expectations than past years due to the injury to Klay Thompson and the exit of Kevin Durant. Previous years the Warriors entered as -200 favorites to hoist the title, this season they’re a bit of an afterthought in their own state and could be a nice value bet in terms of futures. The Warriors still have an intriguing backcourt in Stephen Curry and D'Angelo Russell, and Draymond Green remains one of the top defenders in the league. That trio could do a lot of heavy lifting and the addition of Willie Cauley-Stein will be one of the top under the radar moves, as the young center can play at a solid level. The Golden State Warriors don’t have the firepower or the depth of past years, but this team shouldn’t be slept on, especially if Klay returns at some point. The Golden State Warriors have won 12 of their last 16 home games.

There's a lot of reasons to like the Los Angeles Clippers, as they have the benefit of getting a game under their belt and knocking off the rust, and they have depth on top of depth. The Golden State Warriors are missing one of their top players, will have to learn how to play without another and simply don't have the number of options overall they've had in previous years. That bench needs guys to emerge quickly. However, we're getting a free point with the Warriors in their opening of a new building. There's going to be some energy in the arena for this game. And while these are different rosters, the Warriors have still won seven of the last nine meetings against the Clippers. Give me the Warriors in this toss-up.