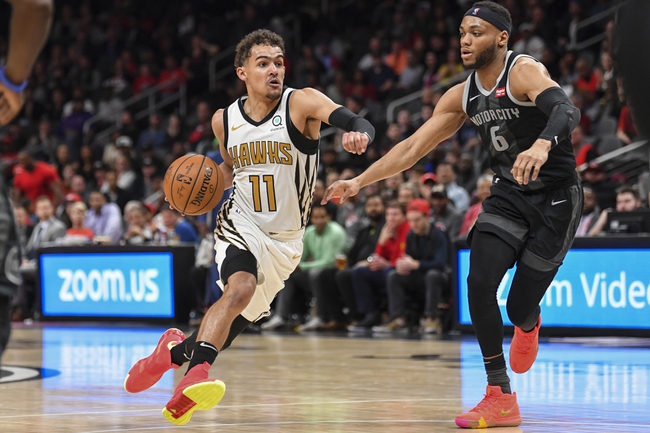 Where to Watch: FSDT, FSSE Stream live sports and exclusive originals on ESPN+. Sign up now!

The Atlanta Hawks and Detroit Pistons meet Thursday in NBA action at the Little Caesars Arena.

The Atlanta Hawks are coming off a 29-win season and hope to take that next step under a young core that looks promising up to this point. A combination of Trae Young, John Collins, Alex Len, De'Andre Hunter and Cam Reddish makes you believe the Hawks are heading in the right direction and could even surprise some folks as early as this season. The additions of Jabari Parker and Evan Turner also give the Hawks a splash of experience and depth in hopes of balancing things out. The Hawks may be a year or two away from doing anything significant, but this will be a fun team to watch and is probably a team you’ll be able to get some good value on due to the lowered expectations most have. The Atlanta Hawks have lost seven of their last nine road games.

The Atlanta Hawks are a talented group that could surprise some people this season, but they're also very young and weren't good defensively last season, which allowed a lot of games to get away from them late. The Detroit Pistons are still without Blake Griffin, but Drummond dominated last night and others showed they're ready to step up. I like that the Pistons have a game out of the way to knock off any potential rust, and they're also a team that finished strong at home last year. The Pistons have also won seven of the last 10 meetings against the Hawks. In a near toss-up, I'll take the Pistons.