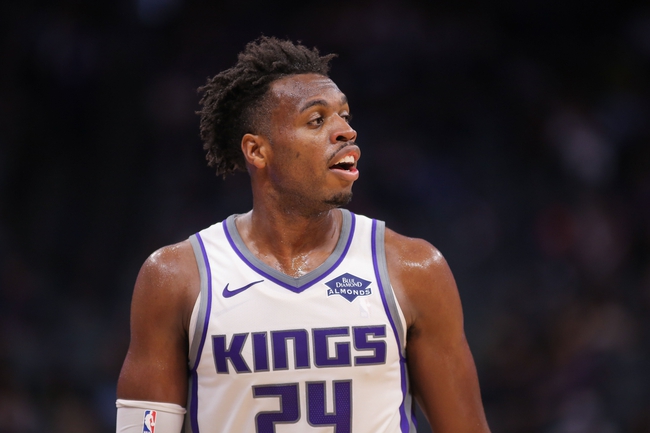 Where to Watch: NSCA, FSAZ Stream live sports and exclusive originals on ESPN+. Sign up now!

The Phoenix Suns will be aiming to kick off their season with a home win when they play host to the Sacramento Kings at the Talking Stick Resort Arena.

The Sacramento Kings will be eager to get their season started after falling just short of a playoff berth as they finished with a record of 39-43 which was good for the ninth seed. De’Aaron Fox averaged 17.3 points, 3.8 rebounds, 7.3 assists per game and is set to have an even bigger season as the Kings added quality role players in Trevor Ariza and Cory Joseph. Buddy Hield averaged 20.7 points, 4.1 rebounds and 2.0 assists per game, but there was a cloud over his future until hours ago when the Kings agreed to terms on a four-year $94M extension.

Meanwhile, the Phoenix Suns are coming into this one fresh off a 19-win season, so the only way is up from here. Devin Booker had a great personal season with 26.6 points, 4.1 rebounds and 6.8 assists per game and could be in another leap as the Suns finally signed a floor leader in Ricky Rubio who would push Booker to the shooting guard position. The Suns also added Dario Saric, Aaron Baynes and Frank Kaminsky to bolster their front court depth behind DeAndre Ayton, but the bad news is that they traded away TJ Warren for some reason.

I really like the addition of Rubio for the Suns as it should allow Booker to only focus on scoring.  The Kings are 14-3 ATS in their last 17 games playing on three or more days rest and they were able to maintain continuity with their core while adding key role players. The Suns are 2-6 ATS in their last eight home games and I think that trend continues as I think the Kings start off their season with a road win here.