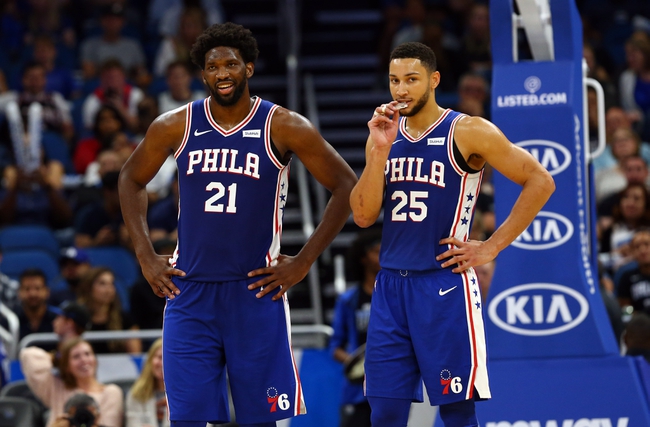 The Boston Celtics and Philadelphia 76ers meet Wednesday in NBA action at the Wells Fargo Center.

The Boston Celtics underachieved last season and had a lot of friction in their locker-room, so they enter this year with a new look with Kemba Walker at point guard. While the loss of Al Horford does hurt, getting a healthy and consistent Marcus Smart and Gordon Hayward is probably more important anyway. The Celtics still have depth and talent, especially with Jayson Tatum becoming a star rather quickly. The expectations may be tampered a bit after what happened a year ago, but the Celtics will be a factor in the East this season. Robert Williams is questionable with a concussion. The Boston Celtics have won four of their last five road games.

The Philadelphia 76ers have to believe they can go to the NBA Finals this season, as a starting five of Al Horford, Josh Richardson, Tobias Harris, Ben Simmons and Joel Embiid is as good as it gets in the league. The only questions are if Simmons will continue to be a liability offensively due to a suspect shot and if Embiid can stay healthy. We also have to see who the alpha males are on this team, as Jimmy Butler led the way in the playoffs for the 76ers, and he’s taken his talents to Miami (The Heat don’t play in South Beach). Regardless, the 76ers have to view this season as final appearance or bust. The Philadelphia 76ers have won seven of their last eight home games.

These teams have experienced a lot of roster turnover, but we're getting six free points with the Boston Celtics, a team that's won seven of the last nine meetings against the Philadelphia 76ers. Even Embiid said last year that this series isn't a rivalry and the Celtics always kick their ass. And while the 76ers are one of the more talented teams in the league, they have a lot of moving pieces and it could take some time before everything starts clicking. I'm leaning toward the Boston Celtics and the free buckets.