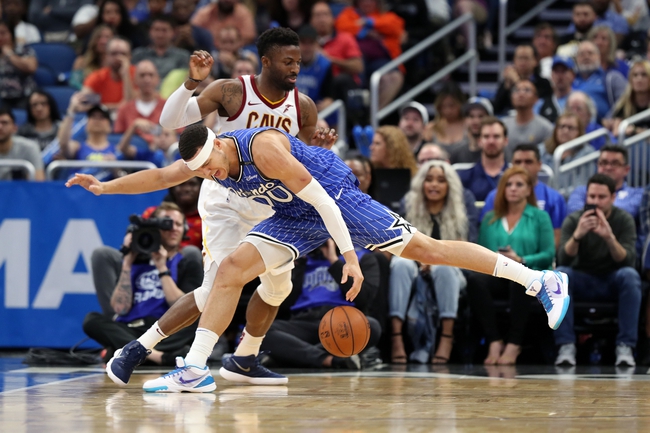 The Orlando Magic play host to the Cleveland Cavaliers at the Amway Center on Wednesday night.

The Cleveland Cavaliers will be hoping to bounce back after managing to win just 19 games last season. Kevin Love will be eager to lead the team after missing 61 games and finishing with averages of 17.0 points, 10.9 rebounds and 2.2 assists per game. In the offseason, the Cavaliers drafted Darius Garland while letting go of JR Smith and Channing Frye, so there will be plenty of responsibility on Love, Larry Nance Jr, Jordan Clarkson and Collin Sexton. It’s been rumored for a while that the Cavaliers have been looking to ship off Love and start a full rebuild, but it’s hard to see a contender team paying heavily for the injury-prone stretch forward.

Meanwhile, the Orlando Magic will be aiming for a second straight playoff berth after finishing last season with an overall record of 42-40. In what was a wild offseason, the Magic focused around re-signing their core players in Nikola Vucevic, Terrence Ross, Michael Carter-Williams and Al-Farouq Aminu. I’m looking forward to seeing the development of rising stars in Aaron Gordon and Jonathan Isaac this year and there will be plenty of interest when former No. 1 pick Markelle Fultz suits up.

The only way is up for the Cavaliers who tanked their way to just 19 wins last season, but with so much riding on the health of Love, the Cavaliers would be better off moving on from him if they could just find a willing buyer. The Magic were able to get over the hump last season to earn themselves a playoff berth and they will set their goals a little higher this time especially with the personnel continuity they were able to maintain. It’s always hard to pick games before the season even starts, but the Cavs are 2-5-1 ATS in their last eight road games while the Magic are 4-1 ATS in their last five home games, so I’m leaning towards the Magic to hit the ground running with a solid home win here.