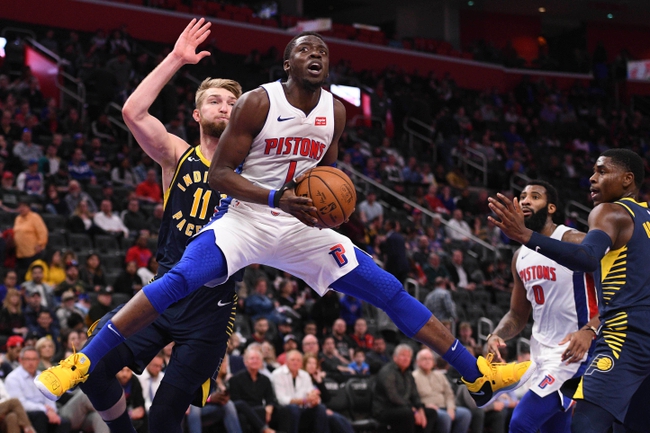 Where to Watch: FSDT, FSIN Stream live sports and exclusive originals on ESPN+. Sign up now!

The Detroit Pistons and Indiana Pacers meet Wednesday in NBA action at the Bankers Life Fieldhouse.

The Detroit Pistons are coming off a 41-win season and hope to make the playoffs back-to-back years for the first time since the Flip Saunders days. The Pistons bring back the core that led them to the postseason in Blake Griffin, Reggie Jackson and Andre Drummond, and getting a healthy Griffin this time around should be a much needed boost. The signing of Derrick Rose could pay off in a big way if he can build on what he did last season for the Minnesota Timberwolves, as he was finally healthy an averaged 18 points on 48.2 percent shooting. The Detroit Pistons must make the playoffs for this season to be a success. The Detroit Pistons have lost six of their last eight road games.

The Indiana Pacers have made the playoffs four straight seasons and enter this year as a dark horse East contender. The Pacers were one of the busier teams this offseason by bringing in Malcolm Brogdon, TJ Warren and Jeremy Lamb, three key rotation guys that make Indiana deeper and more effective. Victor Oladipo will still likely miss half the season as he recovers from a knee injury, but the Pacers are still la dangerous team as is and can go toe-to-toe with any team in the Eastern Conference at full force. The Indiana Pacers are a team to keep a close eye on this season and can make some serious noise. The Indiana Pacers have won five of their last eight home games.

The Detroit Pistons may be the healthier team as we enter the season, but even without Oladipo, the Indiana Pacers are the better and more consistent team. The Pacers were feisty and a tough out even when Oladipo went down, but now they added many rotation pieces to where they don't have to rely on Myles Turner and Domantas Sabonis as much. I pegged the Pacers as the surprise team to watch last season and they're even bette than they were a year ago. I'll gladly lay the bucket.