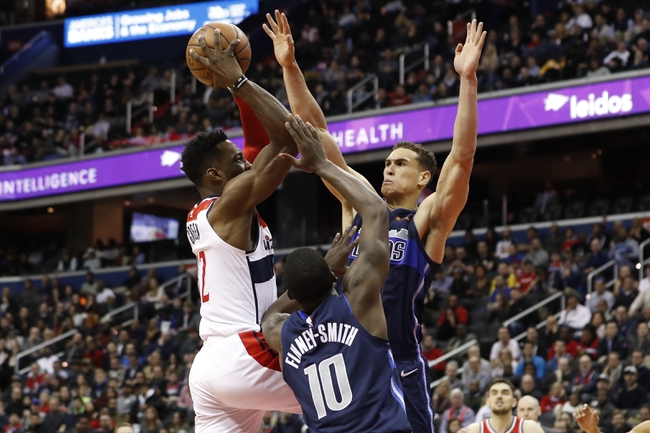 Where to Watch: NSWA, FSSW Stream live sports and exclusive originals on ESPN+. Sign up now!

The Dallas Mavericks and the Washington Wizards duke it out at the American Airlines Center on Wednesday night.

The Washington Wizards are in for another long season as they will again be without their leader in John Wall who is expected to sit out the entire season to recover from an Achilles surgery. The Wizards also traded away Otto Porter Jr. to free up some cap space while adding Ish Smith and Isaiah Thomas, but the big news is Bradley Beal’s two-year $72M max extension. The Bulls also let go of Trevor Ariza, Bobby Portis, Jeff Green and Jabari Parker while adding Davis Bertans and CJ Miles but expectations are low as the Wizards should finish with a similar record to last season’s 32-50.

Meanwhile, the Dallas Mavericks will be chomping at the bit to get a win on the board after finishing last season with a record of just 33-49. Luka Doncic will look to remind everyone why he won the Rookie of the Year Award after averaging 21.2 points, 7.8 rebounds and 6.0 assists per game. The Mavericks will be eager to see how Doncic pairs up with Kristaps Porzingis who hasn’t played in almost 2 years, but it doesn’t end there as the Mavericks also added role players like Seth Curry, Boban Marjanovic, Dwight Powell and Maxi Kleber.

Once again, it looks like it could be another long season for Wizards fans who won’t see Wall in uniform at all, but at least they were able to give the max to Beal who racked up the numbers in his absence last season. The Mavericks went through their own injuries last season, but with the duo of Porzingis and Doncic now finally healthy, it’ll be fascinating to see how quickly those two can gel together. The Wizards are just 2-11 ATS in the last 13 meetings overall and 1-5 ATS in the last six meetings in Dallas, so I’m going with Mavericks to kick off their season with a win and cover here.