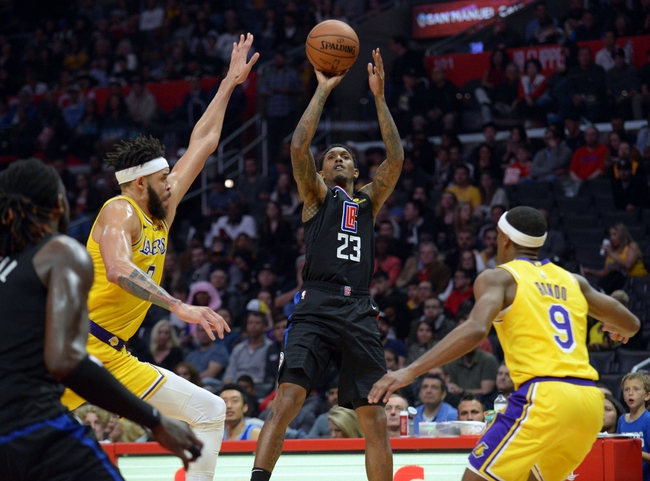 The revamped Los Angeles Clippers play host to LeBron James and the Los Angeles Lakers at the Staples Center on Tuesday night.

The Los Angeles Lakers will be looking to bounce back from a disappointing season where they missed the playoffs and they will be eager to flex their muscle with their new-look roster. After much speculation, the Lakers look ready to wreak havoc as they were finally able to officially sign Anthony Davis to pair up with LeBron James, making them the best pick-and-roll threat in the league. The moves didn't stop there as the Lakers were also able to add key role players in Danny Green, Jared Dudley and Avery Bradley while still managing to keep Kyle Kuzma who should flourish as the third scoring option. Frank Vogel replaced Luke Walton as the head coach, but the rumors are that it is only a matter of time before he too is replaced by assistant coach Jason Kidd. Overall, the Lakers had a stellar offseason and the expectations are championship or bust with LeBron turning 35 years old in December.

Meanwhile, the Los Angeles Clippers will be full of confidence after sneaking in the playoffs and pushing the Golden State Warriors to six games in the first round, all without a single All-Star. There was always speculation about the Clippers being favorites to win the signature of two-time NBA Finals MVP Kawhi Leonard, but few could imagine that Paul George would leave Oklahoma City to join him. Patrick Beverley remains the starting point guard to complete a stellar defensive lineup and the icing on cake was that they were able to make their deals while hanging onto last season's Sixth Man of the Year award winner, Lou Williams who averaged 20 points off the bench.

The Clippers will be eager to kick off their season with a win, especially against their LA rivals but they're going to have to do it without George who is expected to miss the first ten games of the season with a shoulder injury. The Clippers hold the edge in team chemistry as they're not sporting as many new players, but it's hard to ignore how dominant the Lakers were in preseason, particularly with Davis and James looking like the best 1-2 punch in the league. I wouldn't put too much emphasis on this game as the Clippers are shorthanded while the Lakers are still learning to play together, but I'm leaning towards LeBron to have the Lakers hit the ground running in a hard-fought road win to start the season.