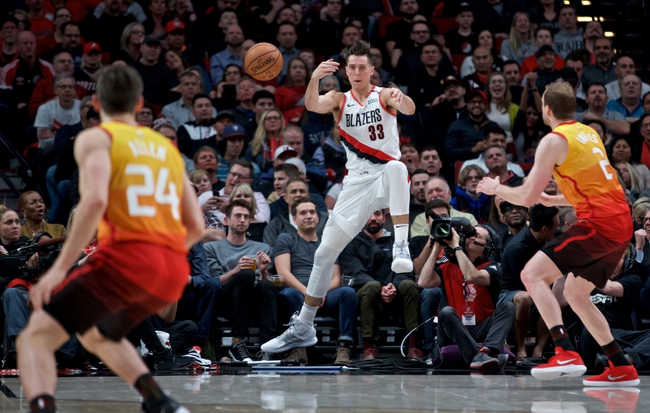 The Utah Jazz went from winning 11 straight preseason games to losing three straight, and a lot of it has to do with not putting much effort into their defense. The Portland Trail Blazers are another team that's not playing to their potential and are capable of shooting much better from the outside. These are two contenders who are probably tired of meaningless play and waiting for the season to begin. Give me the free bucket.