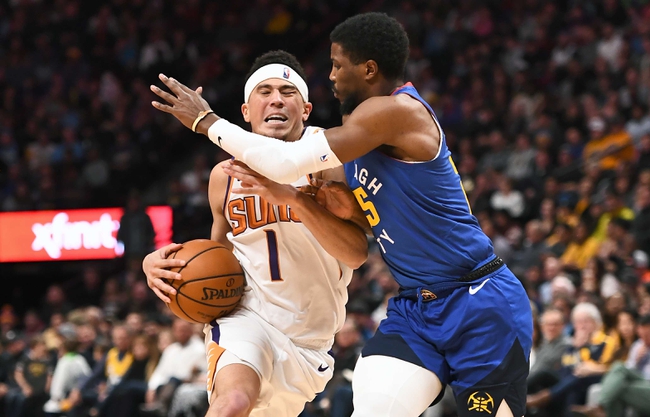 Where to Watch: ALTITUDE, KKSE-FM 92.5 Stream live sports and exclusive originals on ESPN+. Sign up now!

Teams usually get whatever they want offensively when playing the Phoenix Suns, and the Nuggets enter this game shooting well from the field, and they're due for a better game from deep. These games have a tendency to go over, especially at this point in the preseason where guys can slack off a little bit defensively. Expect a bunch of points. Give me the over, which has cashed in eight of the last 11 games between the Nuggets and Suns.