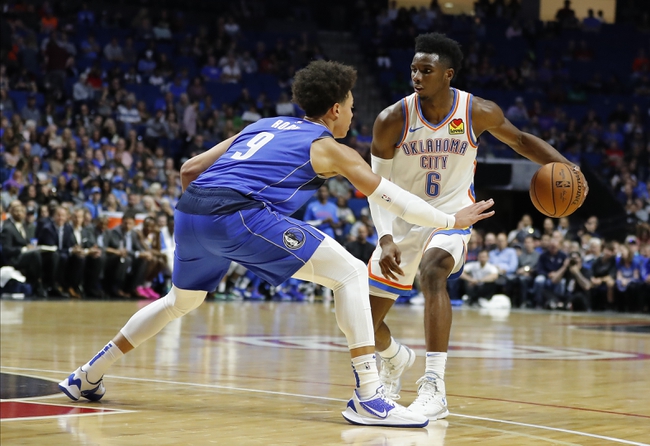 We're getting six free points with an Oklahoma City Thunder that's done nothing but shoot a high percentage from the field and get after it defensively. It's been the complete opposite for the Dallas Mavericks. Sure, both will likely change eventually due to the talent on the rosters, but this line seems off if you're basing it just off the current form. Also, preseason can be so unpredictable that I don't like laying too many points in most spots. Give me OKC and the free buckets.