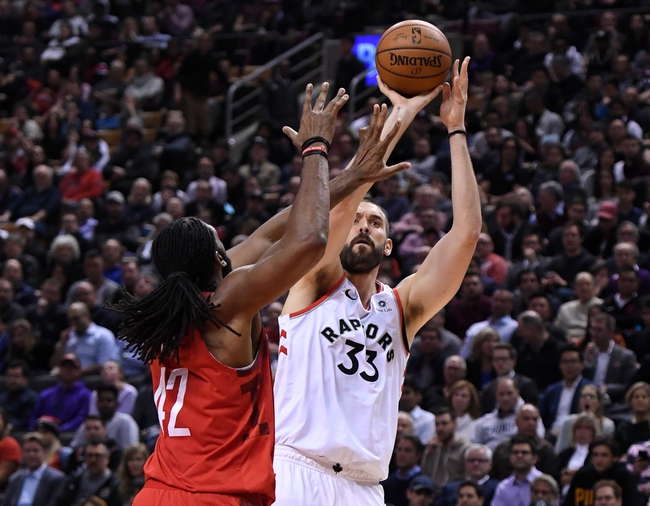 The Toronto Raptors will play their first game since becoming NBA Champions, but their roster obviously looks a lot different. With no Kawhi Leonard, there’s now pressure on young rising stars such as OG Anunoby and Pascal Siakam to take their games to the next level. We should also see a lot of Cameron Payne and Patrick McCaw this preseason, guys who are still young and have potential to provide the key depth that made the Raptors so dangerous just last season. These should be fun exhibition games for the defending champions. Kyle Lowry is questionable with a thumb injury. The Toronto Raptors have won six of their last seven preseason games.

You have to really like the Houston Rockets in this game because of the offense they play and the up-tempo, which is sure to give a Raptors team that has yet to play a preseason game fits. Through two preseason games, the Rockets have gotten whatever they want offensively and aren't going to shoot under 30 percent from three much longer. The speed of both teams is going to be a lot different with one team having games under its belt and the other team practicing and scrimmaging up to this point. Give me the Rockets and small chalk.