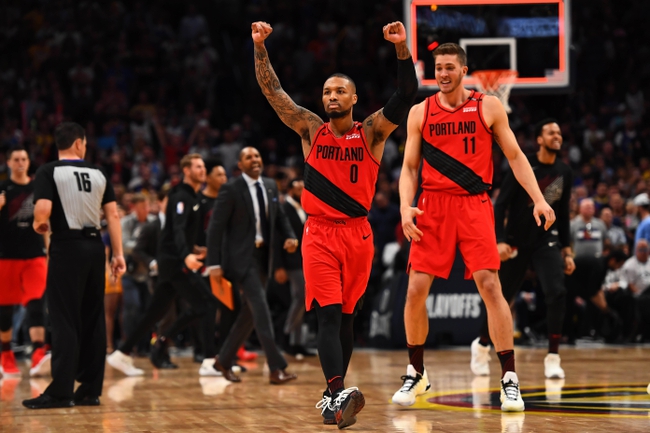 The Denver Nuggets return majority of the roster that produced one of their best seasons in franchise history, and they can only hope they find more depth during the preseason to build on that success. One of the players who could be a part of that is Michael Porter Jr., who will make his debut tonight and there’s very high expectations surrounding his potential. Malik Beasley should be a much more confident player after consistent minutes last season and PJ Dozier is an aggressive point guard who could blossom into something if a team gives him a chance. The Nuggets are one of those teams that know who they are, but finding another guy to add to the rotation certainly wouldn’t hurt. The Denver Nuggets have won seven of their last 10 preseason games.

The Portland Trail Blazers have to see an opening in the West with the Golden State Warriors broken up, and they’re pretty much the same team that made the Western Conference Finals last year. The addition of Kent Bazemore provides more shooting off the bench, however, which will be key for this team taking the next step. Nassir Little is a player to watch this preseason, as he’s likely to have a much better pro career than he did at UNC. Damian Lillard is battling a hamstring injury, so checking his status before betting would be wise. Zach Collins and Hassan Whiteside are questionable due to injuries. The Portland Trail Blazers have won eight of their last 10 preseason games.

Once again, check the status of Lillard before betting this game. With that said, I'll still back the Trail Blazers and the small chalk at home. The Portland Trail Blazers are an experienced team that sees an opening in the West and has been talking about making a Finals run this season, and a lot of those habits to make that goal a reality start in the preseason. Also playing the Denver Nuggets doesn't hurt, as this could be a rare preseason game where both teams want to make an early statement, even if the result doesn't matter in the grand scheme of things. I expect the Trail Blazers to play hard in this contest and come away with a victory.