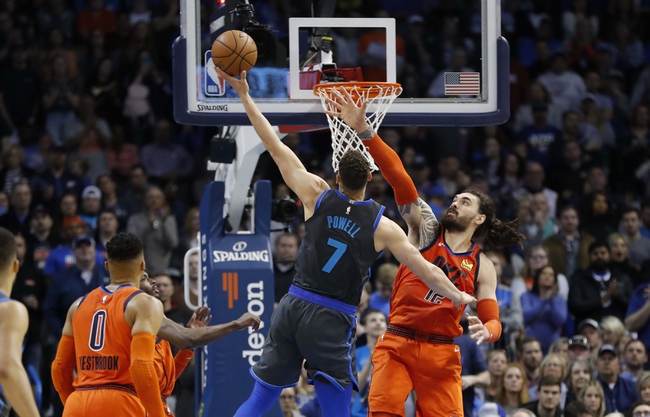 The Dallas Mavericks have to be thinking about a playoff berth this season with the addition of Kristaps Porzingis to go along side of rising star Luka Doncic. The Mavericks were a competitive team last season, but they lacked the consistency and depth to get over the hump. It’s going to be fun to see the progress Doncic has made with an offseason under his belt, and Seth Curry is always a joy to watch if he’s able to get hot from deep. It’s also going to be key that Jalen Brunson gets a feel of this team, as he’s going to get a ton of minutes at point guard this season whether he’s ready or not. Dwight Powell is out with a hamstring injury. The Dallas Mavericks have split their last eight preseason games.

The Oklahoma City Thunder are in complete rebuild mode with the trades of Paul George and Russell Westbrook, so they’re a team to back during the preseason due to so many open minutes. Players such as Terrance Ferguson, Mike Muscala, Shai Gilgeous-Alexander and Abdel Nader have the ability to get rotation minutes they probably wouldn’t get anywhere else. Open competition and playing time on the table usually makes for a successful preseason, and these are the teams you usually want to back in exhibition play. Oh, now would also be a good time to say poor Chris Paul. Andre Roberson is out with a knee injury. The Oklahoma City Thunder have won six of their last seven preseason games.

It's tough to get behind the Oklahoma City Thunder, a roster that was completely gutted during the offseason and now has a bunch of leftovers who have to make things work until the draft picks become names. The Dallas Mavericks have one of the better rosters in quite some time and need to put together some solid showings to keep this potential hype going. Laying this small chalk with the clearly better roster, I have no choice but to do it.