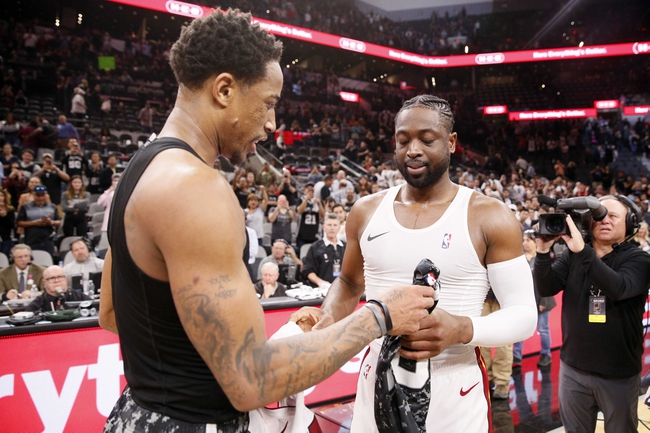 The Miami Heat enter the preseason with high expectations after the addition of Jimmy Butler and the drafting of Tyler Herro. Throw in a healthy Dion Waiters and more playing time for Bam Adebayo, and the Heat feel like they should be a top-four seed in the East this season. The Heat are deep, well coached and about as conditioned as any team in the league. It’s all about all of the pieces coming together and not getting in one of those funks where they lose to low level competition that prevents them from climbing in the standings. The Miami Heat have split their last six preseason games.

The San Antonio Spurs didn't seem to care in their preseason opener at home, so I doubt they'll have a ton of energy going on the road. The Miami Heat have high expectations for the first time since the LeBron era, and their practices since Jimmy Butler arrived have been very physical and competitive. You want to back teams that are excited to play basketball, even if these games don't count. Laying the bucket with the Heat at home may be the best bet on Tuesday's card.