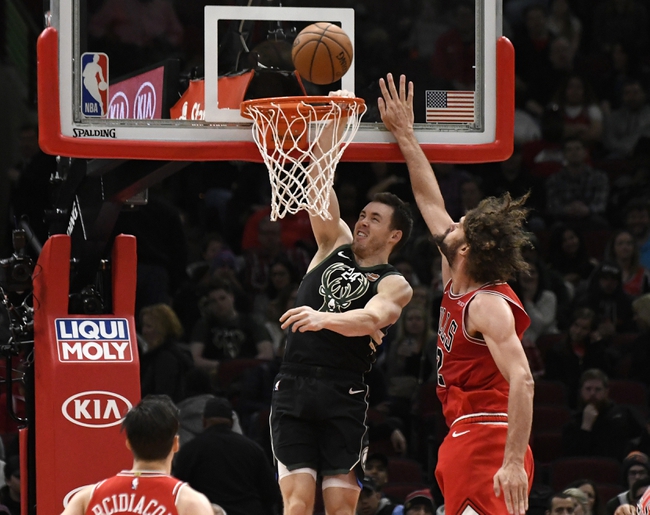 The Milwaukee Bucks and Chicago Bulls meet Monday in NBA preseason action at the United Center.

The Milwaukee Bucks enter the season as the favorites to win the east and are a top-five title contender in terms of oddsmakers. The Bucks know what they’re getting out of their starting five in Giannis Antetokounmpo, Brook Lopez, Eric Bledsoe, Khris Middleton and Wesley Matthews, it’s now about building depth and finding guys who can make a difference on a championship roster. The good news is the Bucks are one of two teams that enter the preseason with zero listed injuries, so there’s a lot of options to choose from in these exhibition games. The young guns who should make the most of their opportunities are D.J. Wilson, Frank Mason III and Thanasis Antetokounmpo. The Milwaukee Bucks have won four of their last five preseason games.

The Chicago Bulls are a young squad trying to make a name for themselves, so they’re typically a team you want to back in the preseason. There’s only one player on this roster who is at least 28 years old. Lauri Markkanen is the face of this franchise at just 22 years old, while Zach LaVine is the grizzly veteran at 24 years old. The guy I’m watching this preseason is Coby White, a speedster who can create offense and has an improved shot, making him a potential key piece for these Bulls. Wendell Carter Jr. and Shaquille Harrison are questionable with injuries. The Chicago Bulls have lost six of their last 10 preseason games.

We've hit the last two days on underdogs who have young teams and guys fighting for rotation minutes. You can throw the Chicago Bulls in that same boat. A team with nothing but 20-something year olds who are eager for more playing time and to make a name for themselves. The preseason is where that starts. The Milwaukee Bucks are obviously the better team, but they also have an established rotation that's likely on a minute restriction. Give me the Bulls and the free points.