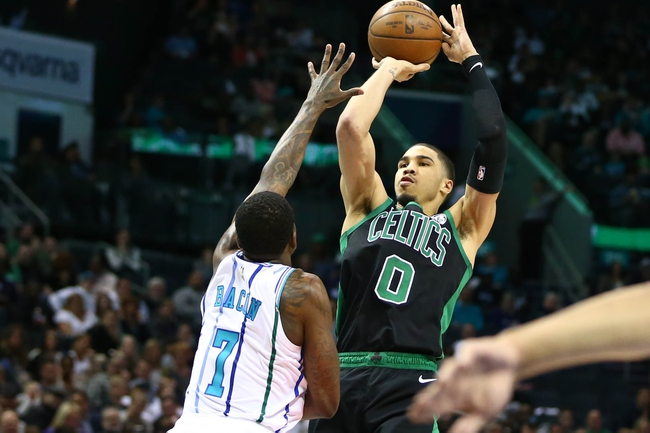 Where to Watch: NBC SPORTS BOSTON, WFNZ 610 AM/102.5 FM Stream live sports and exclusive originals on ESPN+. Sign up now!

The Charlotte Hornets and Boston Celtics meet Sunday in NBA preseason action at the TD Garden.

The Charlotte Hornets appear to be in rebuild mode as they enter the preseason, and that makes them a team worth backing during these games with so much playing time on the table. Young guys such as Dwayne Bacon, Miles Bridges, Devonte' Graham and PJ Washington have a chance to leave their mark and become the young core that gets fans of this team excited. It’s also going to be exciting to see Terry Rozier in a new uniform, as he has a chance to lead a team for the first time while proving he’s worth the decent sized contract he received from the Hornets. There probably won’t be much winning this season, but the Hornets are the type of team you can make money off of in the preseason. Joe Chealey, Malik Monk and Cody Martin are all questionable with injuries. The Charlotte Hornets have won five of their last six preseason games.

The Boston Celtics retooled during the offseason and have a lot of moving parts they hope to get on the same page during these exhibition runs. Kemba Walker and Enes Kanter have to get comfortable rather quickly with their new teammates, while Marcus Smart has been dealing with a calf injury and an illness. One thing to keep an eye on is the improvement of Gordon Hayward, as he was inconsistent last year and guys usually return to their normal self when they’re two years removed from an injury. I’m also checking for Robert Williams III this preseason, as he had a lot of potential coming out of Texas A&M and could be a key bench player if he’s eventually able to put it all together. Romeo Langford is questionable with a groin injury. The Boston Celtics have split their last six preseason games.

The Boston Celtics are obviously clearly the better team here, but it's the Charlotte Hornets who will be more hungry in preseason play due to so many minutes open for young players. We saw it yesterday when the Magic beat the breaks off the Spurs as six-point underdogs. The teams with youth and a lot of guys fighting for playing time usually play the best in the preseason. I'll take my chances with the Hornets and the points.