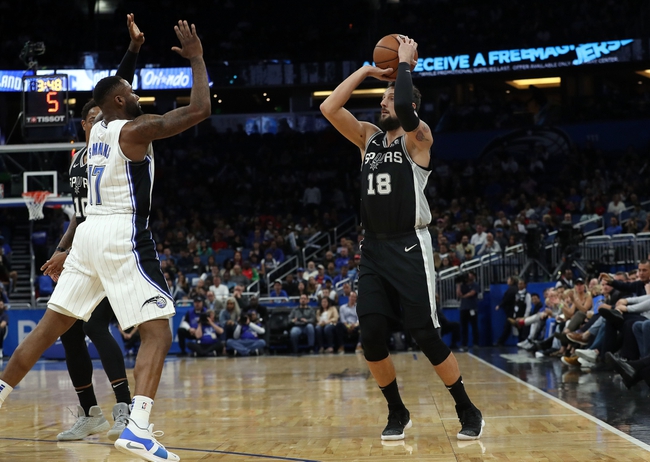 The Orlando Magic are one of those teams that will benefit the most from preseason, as this is a franchise still trying to find itself and enters this game with only one player 30 years old or older. With Mo Bamba, Markelle Fultz, Jonathan Isaac and Chuma Okeke likely going to be the young core that gets this thing rolling, these games can be key to developing chemistry and learning what it takes to succeed on the pro level. The Magic surprised a lot of people last year and return those players who made their first playoff appearance since the Stan Van Gundy days happen, but it’s that group of young talent starting to blossom that will help this team take things to the next level. The Orlando Magic have lost four of their last six preseason games.

The San Antonio Spurs seem to be an automatic look for a playoff spot regardless of what roster they have, as Usher’s “You Make Me Wanna” was the top song on the radio the last time this franchise didn’t see the postseason. This preseason, it’s going to be interesting to see what Dejounte Murray looks like after suffering an injury this time last year that forced him to sit out all of 2018-19. Lonnie Walker IV is also an exciting young play for the Spurs who could shine with meaningful reps during these exhibition games, and it’s always intriguing to see players make that jump in their second year. The Spurs build depth and survive the West year after year. The San Antonio Spurs have won six of their last nine preseason games.

I'm not trying to lay big numbers in preseason basketball where the results don't matter and starters are usually on minute restrictions. The Orlando Magic are also a very young team, the type of team that usually does well and plays hard in preseason action. Guys play harder when regular season minutes are on the table and the Magic have a bunch of guys who can earn rotation time if they make an impact in these meaningless games. I like the value of the free buckets and the younger, hungrier team in the Magic.