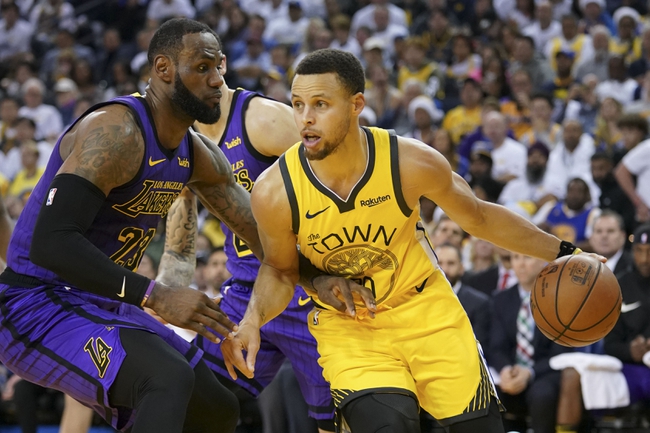 The Los Angeles Lakers have a chance to debut their new roster, as LeBron James has much more help this season with the additions of Anthony Davis, Dwight Howard, Danny Green and Quinn Cook. While depth and roster fit is up for debate, there’s no question the Lakers are a more talented squad than they were a season ago and are much more ready to make a playoff push with the experience. However, preseason is always tricky when it comes to LeBron and other star players, as you’re never quite sure how long they’re going to play, or if they play at all. LeBron played a combined 18 minutes the two times the Lakers played the Warriors last preseason. Jared Dudley is questionable for this contest due to a foot injury. The Los Angeles Lakers have split their last six preseason games.

The Golden State Warriors will play their first game in their brand new arena that opened less than a month ago, so you can still smell the fresh paint. The excitement should be through the roof given the fancy new digs, and you know D'Angelo Russell, Stephen Curry and Draymond Green will be eager to put on a show in their new environment. The goal for the Warriors this preseason is finding guys who can step up to replace the production of Kevin Durant and until Klay Thompson returns from a torn ACL. This is a chance for players such as Alec Burks, Alfonzo McKinnie, Jacob Evans and Eric Paschall to earn a spot in the rotation and become a key piece in keeping this franchise afloat until their star shooting guard comes back. Kevon Looney will not play in this game due to a hamstring strain. The Golden State Warriors have lost six of their last nine preseason games.

The Los Angeles Lakers are the healthier team so I can see why they're favored. However, it's the first game at the Chase Center, so you know players will want to show up and show out. And while the Warriors don't have Durant or Klay, they're still a team that shoots a ton of threes and usually knocks them down at a high percentage. No matter what the names on the back of the jerseys say, the Warriors are dangerous when the deep ball is falling. I'll take the free bucket and the home team.