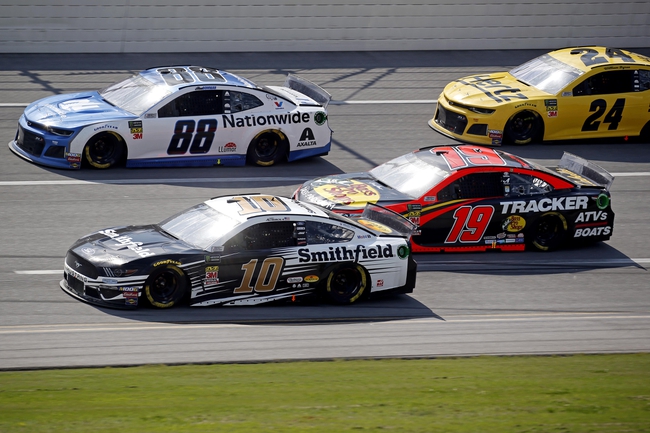 The NASCAR Cup Series will conclude the 2020 season at the Phoenix Raceway on Sunday afternoon as the Championship 4 have been determined. Phoenix is a 1-mile dog-legged oval with 2 distinct ends of the raceway. Sunday’s race will be 312 laps to make up the 500-kilometer advertised distance. Sunday’s race is going to be a no holds bar leaving nothing on the table race and should be very entertaining.

Here are a few matchups to consider for the Season Finale 500.

Over the last 7 races at the Phoenix Raceway, Joey Logano has won 4 match ups against teammate Brad Keselowski. Both Joey and Brad are in the Championship 4, meaning a race win earns a NASCAR Cup Title. Joey has a worse average finish and average driver rating at Phoenix over the last 7 Cup races at Phoenix. 2 of the 3 races Brad finished ahead of Logano at Phoenix came from Logano crashing. Joey won the race at Phoenix back in February of this season. The head to head between Logano and Brad is even so getting plus money on Logano is a no brainer.

Clint Bowyer has won 3 of the last 3 matchups at Phoenix in the Cup Series against Jimmie Johnson. Sunday will mark the final Cup Race at Martinsville for both Clint and Jimmie. Neither Jimmie or Clint are in the playoffs and have nothing to lose on Sunday. Clint starts 9th and Jimmie will start 26th. Bowyer has shown speed as of recent and Jimmie seems as if he is ready to move on to INDY car. Take Clint over Jimmie on Sunday.

Alimirola has won 5 of the last 5 matchups against Alex Bowman in the Cup Series at Phoenix Raceway. Both Aric and Bowman missed the Championship 4 and head to Phoenix looking for great finishes. Almirola has the 4th best average finish over the last 7 races at Phoenix of 10.14, including 5 top 10 finishes and 2 top 5s. Bowman has an average finish of 23rd and has failed to record a top 10 finish at Phoenix. Take Aric over Bowman on Sunday.

Jeff’s Pick Picks are listed in the content area