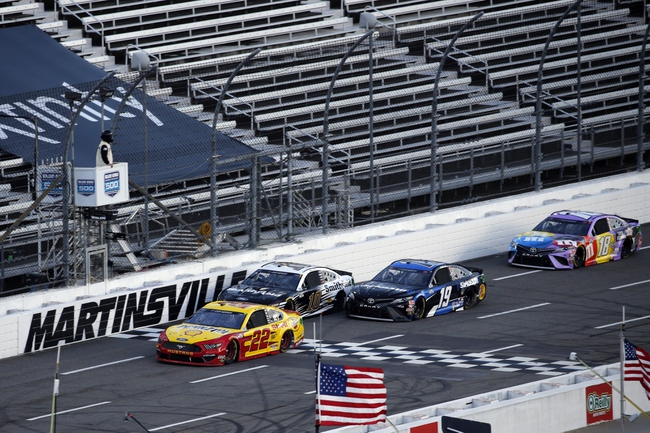 Here are a few drivers to consider for the Xfinity 500.

Martin Truex Jr. +325- Truex will roll off from the 2nd position on Sunday afternoon at the Martinsville Speedway. Truex won the 1st race at Martinsville earlier in 2020. Truex currently sits 7th in the standings 36 points below the cut line. Martin absolutely must win on Sunday afternoon in order to make the Championship 4 at Phoenix next weekend. Over the last 7 races at Martinsville, Truex has the 2nd best average driver rating of 112.6 with an average finish of 5th place. Martin will have the track position advantage from the drop of the green flag on Sunday and there is no doubt a favorite to win.

Chase Elliott +850- Elliott will begin Sunday’s race at Martinsville on the 4th row in the 8th starting spot. Chase is 5th in the 2020 point standings, 25 points below the cutline into the Championship 4 at Phoenix. Chase has 5 top 10 finishes over the last 7 Cup races at the Martinsville Speedway, including 3 top 5 finishes. Chase has the 6th best average driver rating of 101.8 over the last 7 races at Martinsville with an average finish of 12.71. Chase is in a must win situation to make the Championship 4 at Phoenix next weekend and good chance he can do it.

Kyle Busch +850- Kyle will start from the 9th position on Sunday for the Xfinity 500. Kyle is out of the playoff picture is ending the 2020 season on a high note. Kyle won the race at Texas on Wednesday after a lengthy 72 hour red flag period for rain. Kyle has the 2nd best average driver rating over the last 7 races at Martinsville of 112.6 tied with Chase Elliott and the 3rd best average finish of 6.43. Kyle and crew chief Adam Stephens hit on something at Texas on Wednesday I could see carrying over here to Martinsville. Great value here on Kyle Busch at a short track.