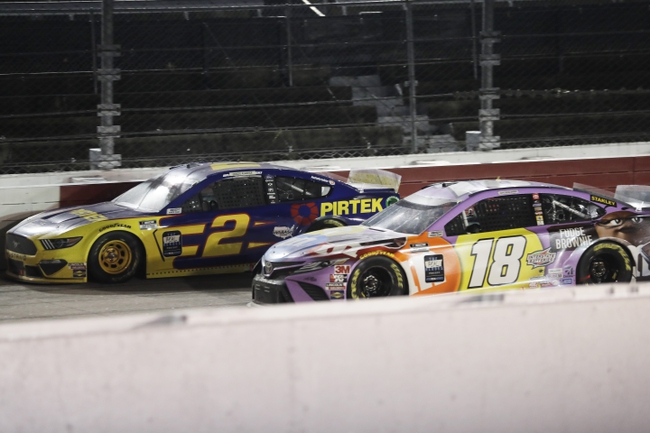 The NASCAR Cup Series heads to Darlington for throw back weekend for the Cook Out Southern 500. Darlington is a 1.33 mile egg shaped oval, banked at 24 degrees. Darlington is one of the toughest tracks the Cup Series visits on the circuit, and it’s the most abrasive on tires. I am going to focus on the last 4 races run at Darlington in the picks below.

Here are a few matchups to consider for the Cook Out Southern 500.

Kyle and Brad have split the head to head 2 and 2 over the last 4 races at Darlington. Brad has the edge in average driver rating over the last 5 races at Darlington of 106.9 compared to Kyle at 100. Brad had a victory in the 2018 Southern 500, and Kyle hasn’t been to victory lane in Darlington since 2008. Kyle continues to struggle here in 2020, but he did make the playoffs. I think Darlington is Keselowski’s best opportunity to win a race in the first round of the playoffs, so take Brad in this matchup.

Bowyer and Matt DiBenedetto have split the head to head at Darlington 2 and 2 in the last 4 races run here. Now that Matt is racing in a better funded car in 2020, the 2 victories over Clint came in the 2 races run in 2020. Clint was able to finish ahead of Matt in both races at Dover 2 weeks ago, but I think Matt will have a great run at Darlington on Sunday.

Jeff’s Pick Picks are listed above in content area