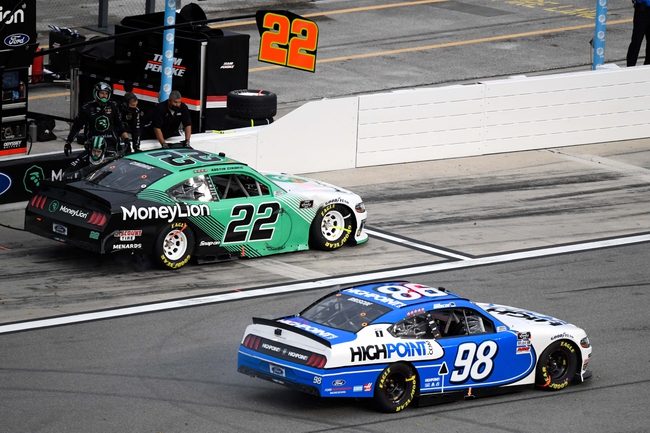 Here are a 5 drivers to consider for the Drydene 200.

Chase Briscoe +225- Over the last handful of races, Briscoe has been running 2nd to Austin Cindric. We head to Dover, and I think at this steep track Briscoe has a great chance to get another victory. Briscoe has captured victories at Darlington and Homestead on the 2020 season, and those 2 tracks compare closely to Dover. Briscoe will start 10th on Saturday, and I think he will make way to front pretty quickly.

Austin Cindric +225- Cindric has been red hot over the last 6 races on the 2020 Xfinity Series circuit. Cindric has won 5 of the last 6 races across 2 road courses and 3 1.5 mile tracks. I am surprised Cindric is not the outright favorite to win at Dover on Saturday. Austin will start from the pole position, and should keep the lead through the first stage. The price on Cindric is not the lowest of the year, but pretty close. I will have some of Cindric, but not going too crazy on it.

Noah Gragson +700- Gragson won the race at Bristol back in June, out running Chase Briscoe. Gragson finished 7th in the most recent race run at Dover back in 2019. On the 2020 season, Noah has 13 top 10 finishes including 9 top 5s and 2 wins. There haven’t been many instances where Gragson has struggled in 2020, and I think there is a great chance we will find him in victory lane on Saturday afternoon.

Harrison Burton +950- Burton will start the Drydene 200 from the 4th position on Saturday afternoon. Harrison picked up his 2nd victory of the 2020 season back June at Homestead. Burton also had an impressive run at Bristol, finishing 4th in the 2020 Cheddars 300. Harrison made 1 start in 2019 at Dover, and unfortunately finished 38th after crashing. Burton is in a top 5 race car with Joe Gibbs, and he will be my dark horse pick for Dover Saturday.

Justin Haley +2900- Haley is my long shot to win at Dover on Saturday afternoon. Haley has 12 top 10s and 6 top 5s on the 2020 season, numbers similar to Noah Gragson and Harrison Burton mentioned above. Haley had a disappointing 17th place finish in the crazy Bristol race back in June, but bounced back with a solid 6th place effort in the 2nd race at Homestead. Haley will start 22nd on Saturday, so he will need to take advantage of strategy during cautions. I think Haley is one to sprinkle in some action on.