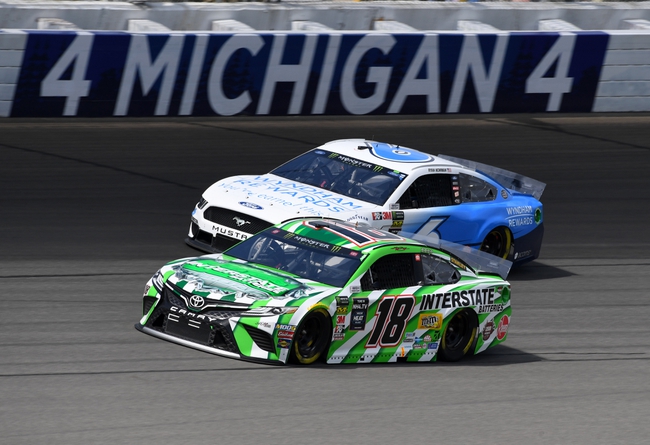 The NASCAR Cup Series makes way to the Michigan International Speedway for part 1 of a double header weekend Saturday in the FireKeepers Casino 312. Saturday’s race will consist of 156 laps which will make up the 312 mile distance. Michigan is a 2 mile wide D-shape oval, so restarts are expected to be insane. I will be referencing the last 4 races at Michigan and the last 3 races at California.

Here are a few matchups to consider for the FireKeepers Casino 312.

Joey has finished ahead of Chase in 4 of the 7 races mentioned in the introduction. Over the last 4 races at Michigan, Logano has an average driver rating of 105.4, while Chase has an average driver rating of 92.2. Chase out ran Logano at California earlier in the 2020 season finishing 4th while Joey finished 12th. Logano will start on the pole Saturday, and in the June 2019 race was on the pole and led 163 laps to capture victory.

Bowman has won 4 of the matchups listed above in the intro, and Byron has won 3. Bowman won the California race back in February this year in convincing fashion. Bowman has an average finish of 12.86 over the last 10 races at 2 mile tracks while Byron has an average finish of 17.14. Bowman seems to have lost the speed he had earlier in 2020, and Byron has grinded top finishes lately. I am going to take a shot on William Byron.

Erik has won 5 of the matchups listed above against Bowyer. Jones’s home track is Michigan, and he usually gets up for a race here. Over the last 4 races at Michigan, Jones has an average finish of 15.5. Bowyer has an average finish of 22.33 over the last 4 Michigan races, including 2 DNFS. Jones has been out running Bowyer as of late, and I will take a shot on Jones over Bowyer.