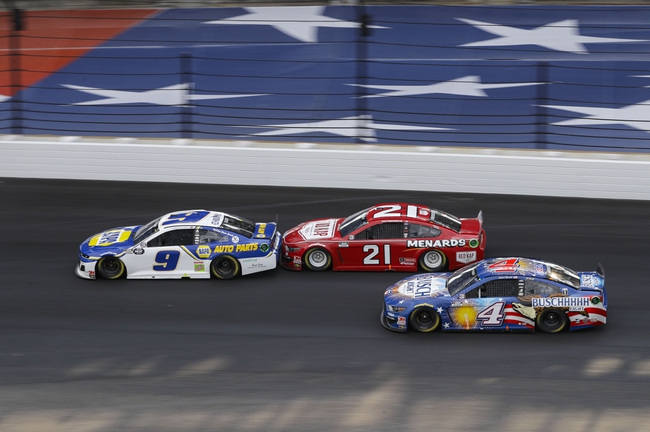 The NASCAR Cup heads up north to the New Hampshire Motor Speedway for the Foxwoods Resort Casino 301 on Sunday afternoon. New Hampshire is a flat 1 mile oval, and compares to Phoenix and Martinsville. I will be referencing matchups from the last 2 races at New Hampshire, 2020 Phoenix, and 2020 Martinsville races. We had a rough week at Kansas last Thursday, going 1-3 but still up 10 units on the yard.

Here are a few matchups to consider for the Foxwoods Resort Casino 301.

Kyle and Truex have split this matchup 2 and 2 over the last 4 races mentioned above. Over the last 4 races at New Hampshire, Kyle has the best average driver rating of 128.4 and Truex has the 2nd best average driver rating of 119.1. Truex was very impressive at the Martinsville back in June picking up the victory. Kyle finished 3rd at Phoenix in March, but struggled very badly at Martinsville. I think Kyle and team are starting to gain positive momentum, and in a close one will lean Kyle over Truex.

Matt has gone 3-1 against Bowyer in the 4 races mentioned at the introduction. Matt finished 5th in the 2019 New Hampshire race, and Bowyer finished 20th. Looking at the Martinsville race back in June of this year, Matt finished 7th and Clint finshed 17th. Both Matt and Clint excel at races on shorter tracks, but I think Matt has the edge for the race on Sunday afternoon.

Kurt has won 3 of the 4 matchups against Erik of the races mentioned above. Kurt finished ahead of Jones at Phoenix and at Martinsville earlier in the 2020 season. Erik had an impressive top 3 finish in the 2019 race at New Hampshire, but in most race Kurt has finished ahead. Kurt will start Sunday’s race from the 10th spot and Jones from the 17th spot. Jones will indeed have to do more work getting to the front. Sunday’s race is only 301 miles, and there is not a lot of time for mistakes. I am taking Kurt over Erik at New Hampshire on Sunday.