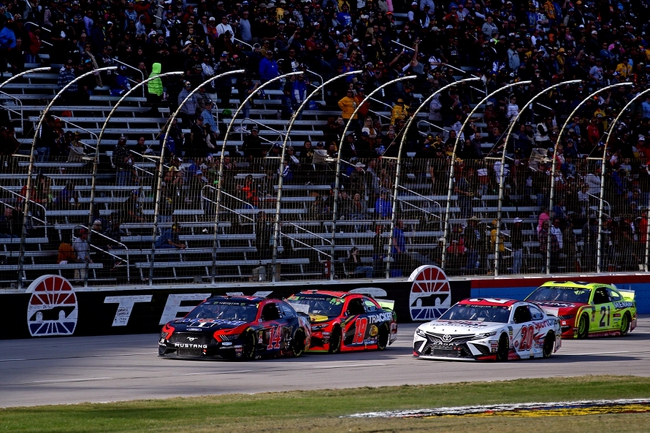 Here are a few matchups to consider for the O’Reilly 500.

Elliott and Blaney have split the above mentioned matchups 3-3. Blaney won 3 of the last 4 at Texas against Chase, and the 1 loss came after a mechanical problem in the 2019 spring race. Blaney has an average driver rating of 106.1 over the last 6 races at Texas compared to Elliott’s average driver rating of 85.4. On the 2020 season, both Elliott and Blaney have been close to one another in green flag speed, but I like Blaney to come out on top at Texas.

Logano has one 4 matchups against Truex Jr. of the 6 mentioned in the opening. Logano has an average finish of 6.67 over the last 6 races at Texas, while Truex Jr. has an average finish of 12.33. Over the few races at 1.5 intermediate tracks in 2020 Truex and Joey have split the matchups. I expect Truex and Logano to be top contenders at Texas on Sunday afternoon, but I am leaning to Logano over Truex.

Austin has won 5 out of the last 6 matchups against Newman in the races mentioned in the intro. Austin finished ahead of Newman in both Charlotte races this year, and Dillon also finished ahead of Newman at Atlanta. Over the last 6 races at Texas, Dillon has an average driver rating of 70.1, while Newman has an average driver rating of 64.3. Dillon and Newman are close competition to one another, but I think Austin slightly has the better equipment.

Logano has won 5 of the 6 matchups mentioned in the opening against his teammate Brad. Keselowski won the Coke 600 at Charlotte this year, and I feel it has overshadowed how well Logano has performed at the 1.5 intermediate ovals. Logano has 5 top 10 finishes over the last 6 races at Texas, including 3 top 5s. Brad only has 2 top finishes, along with 2 DNFs at Texas over the last 6 races. Logano should have the edge in this matchup, and I will have some action in.