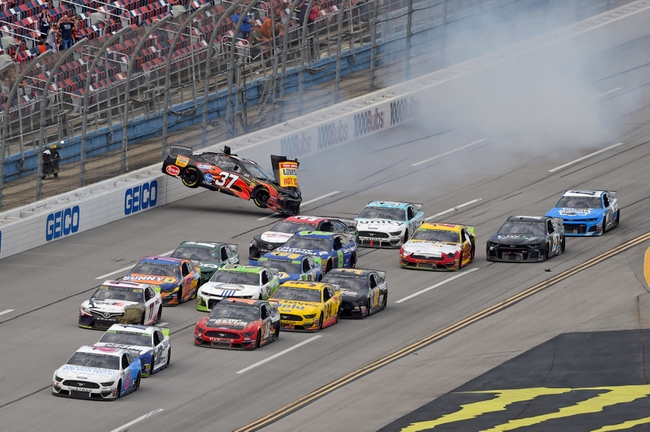 We head to the Talladega Super Speedway on Sunday for the GEICO 500. Talladega is the biggest track on the NASCAR schedule, and this track provides for wild finishes and big crashes. Anything happens at Talladega because of the big wreck that looms around for the entire race. I will be referencing the last 4 Talladega races as well as this year’s Daytona 500 Last week we won 3 and lost 1, putting us up on the year at plus 6.91 units.

Here are a few matchups to consider for the GEICO 500.

Logano has won all 5 matchups against Brad in the races I have referenced above. Joey is one of the most aggressive drivers on the circuit, and Brad is one of the best at drafting at Talladega and Daytona. Brad has 2 DNFs out of the 5 races mentioned above, while Joey has no DNFs. While we can’t predict accidents, Joey has been better at positioning himself better at the end of races at Talladega.

Stehhouse has finished ahead of Clint in 3 of the 5 races mentioned above. Ricky has been one of the best at Daytona and Talladega over the last 2 or 3 years, while Clint has mixed results. Ricky has an average driver rating of 91.2 in the last 4 races at Talladega, and Clint has been down with an average driver rating of 73.1. Ricky seems to have a better chance of positioning himself for a top 5, and possibly even a win.

Austin has won 4 of the 5 matches against Matt in the races mentioned above. Matt has 2 DNFs and only 1 top 20 finish in the last 4 Talladega races, as he was with Levine Family racing last year. DiBenedetto is in better equipment with the Wood Brothers this year, plus he will have more drafting partners out on the track. I like Austin more because Talladega is a track where Austin has a shot to win and secure a playoff spot for later in the season.

In the 5 races mentioned in the opening, Aric has won 4 of the 5 against Alex Bowman. Aric has the best average finish in the last 4 races at 5.25 alongside Joey Logano, while Bowman has a 20th place average. Aric won the 2018 fall race here at the Talladega Super Speedway, and has 4 top 10s over the last 4 races at Talladega. The GEICO 500 Sunday is one of a few opportunities Amirola will have to win and secure a playoff spot for the fall of this year. I think Aric can finish ahead of Bowman as long as he can avoid the big wreck.

Get Premium Picks Start Winning Now »
The pick in this article is the opinion of the writer, not a PickDawgz site consensus.
Previous Pick
Unhinged 300- 6/20/20 Nascar Xfinity Series Picks, Odds, and Prediction
Next Pick
GEICO 500 - 6/22/20 Nascar Cup Series Pick and Prediction