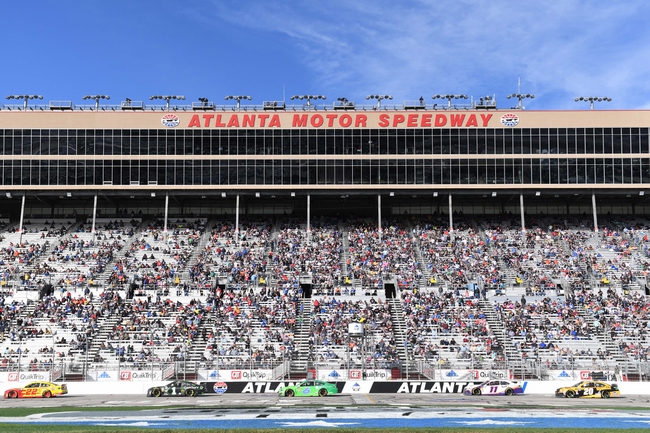 We make our next stop on the NASCAR circuit to the Atlanta Motor Speedway on Sunday for the Quik Trip 500. AMS is a wide 1.5 mile tri oval track with high tire wear. I will be referencing the last 2 Atlanta races as well as the last 2 Darlington races. Once again we went 2 and 2 at Bristol back on Sunday for -.28 of a unit, but we are still up 1.44 units on the year in driver vs. driver matchups.

Here are a few matchups to consider for the Quik Trip 500 on Sunday.

Kurt has won 3 of the last 4 matchups against Johnson in the 4 races mentioned above. Jimmie has been competitive since the Cup Series resumed here in 2020, but as of late Kurt has been better at Atlanta. Kurt has an average 5.5 finish in the last 2 at Atlanta compared to Johnson’s average finish of 25.5. Both Kurt and Johnson manage tires well, but I think Kurt has the edge for the Quik Trip 500.

Clint and Erik have split the 4 races mentioned 2 and 2. Bowyer has won the 2 races at Atlanta, and Jones finished ahead of Clint in the 2 Darlington races this year. Bowyer has an average driver rating of 104.8 in the last 2 races at Atlanta compared to Erik’s average driver rating of 78.6. Erik has been strong here of late, but I think Bowyer’s ability to adapt to changing track conditions Atlanta will propel him ahead.

Austin and Newman have split this matchup 2 and 2 over the 4 races I am referencing. Both Dillon and Newman have the exact same average finish of 17.5 in the last 2 Atlanta races, but Newman has the higher average driver rating of 85.1 compared to Dillon’s average driver rating of 62. Dillon has shown the upper hand against Newman in the last 5 races, but I think Newman’s ability to manage his equipment will prevail on Sunday.

The pick in this article is the opinion of the writer, not a PickDawgz site consensus.
Previous Pick
Food City 500- 5/31/20 NASCAR CUP Series Picks, Predictions, and Matchups
Next Pick
Blue-Emu 500- 6/10/20 Nascar Cup Series Picks, Odds, and Prediction