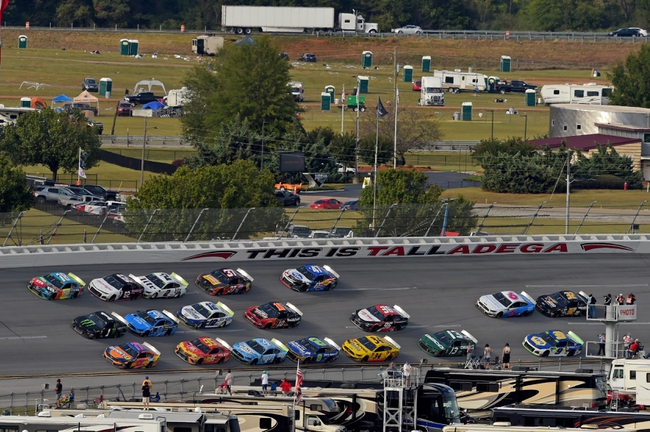 We make our fourth and final trip to Virginia for the First Data 500, which is the first race of the Round of 8. It’s been a frustrating NASCAR season for me, as we missed out on another winner last week, but three of the five drivers listed finished ninth or better, so it’s not like we’re missing out completely. We just need a lucky break to get back in victory lane.

Denny Hamlin, +495 - I was going to include Denny Hamlin last week but decided not to given the lack of success in Kansas. Oh, well. Hamlin has arguably been the best driver over the last three months and should continue that momentum with him finishing seventh or better in six of his last nine trips at the Martinsville Speedway. Hamlin also has a pair of wins at this track in the NASCAR Camping World Truck Series.

Joey Logano, +770 - Joey Logano has finished 10th or worse in each of his last five races, but he’s the defending champion at this track and has top-10 finishes in seven of his last 11 trips at the Martinsville Speedway. Logano also won the 2015 TruNorth Global 250, so it’s fair to say he has a ton of success in Virginia. Look for Logano to break out of this funk he’s been in lately.

Kyle Busch, +275 - I don’t love these prices with Kyle Busch considering it’s been months since he’s won a race and has finished outside of the top-10 in four of his last seven tries. However, Busch has finished fifth or better in each of his last eight appearances at the Martinsville Speedway and two of those races produced victories. You can talk about current form all you want, but Busch is rightfully the guy to beat this weekend.

Chase Elliott, +770 - Chase Elliott is enjoying his best stretch of the season with either a runner-up or a victory in two of his last four races. Elliott finished runner-up in his first Martinsville race this year and has finished ninth or better in four of his last five races here overall. Elliott also won the 2017 TruNorth Global 250. Elliott could be the best value play this week given the odds and his realistic chance of taking home a victory.

Jimmie Johnson, +4400 - It’s been ages since Jimmie Johnson has won a race, which is why you can get him at these prices pretty much every week. However, Johnson is quietly enjoying a solid stretch of racing, and that includes top-10 finishes in four of his last five races. Johnson has also won this particular race six times and has 10 carer wins at the Martinsville Speedway overall. He probably won’t win, but history makes Johnson worth a play with these monster odds.