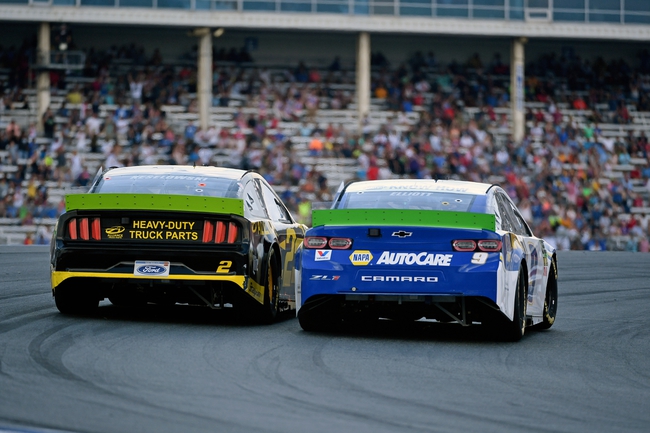 We head to Alabama for the 1000Bulbs.com 500, our second race in the Round of 12 as the Drivers’ Championship is heating up. We came up short yet again last week, but we’re consistently in the running for a victory with three of our five listed drivers finishing in the top-10. It’s only a matter of time before we see victory lane.

Joey Logano, +800 - Joey Logano has finished 10th or worse in eight of his last 10 races, but he’s the favorite this week for good reason. Logano is a two-time winner of this particular race, but he’s also finished fifth or better in each of his last four races at the Talladega Superspeedway. Logano is a two-time winner at this track in the NASCAR Xfinity Series. In terms of consistency in Alabama, it doesn’t get much better than Logano.

Brad Keselowski, +1100 - Brad Keselowski is due for a victory, as he hasn’t won a race since Kansas. Keselowski has won this race two of the last five years and has finished seventh or better in five of his last 10 appearances at the Talladega Superspeedway. Keselowski also won the 2010 MoneyLion 300, so his success here is no secret.

Martin Truex Jr., +2750 - Martin Truex Jr. doesn’t have a lot of success in Alabama and has actually never won a race here in the Monster Energy NASCAR Cup Series. However, we’re getting this insane price with a guy who is averaging a finish of 2.75 in his last four races. Truex is also a three-time winner at the Talladega Superspeedway NASCAR Nationwide Series, so it’s not like he’s a complete stranger to this track. This price is insane if you ask me.

Denny Hamlin, +1320 - Denny Hamlin has been kind to us these last few months and has been one of the more consistent drivers as of late. Hamlin’s only win at the Talladega Superspeedway came in the 2014 Aaron's 499, but he is averaging a finish of 4.3 in his last three trips at this particular race. Hamlin has finished ninth or better in five of his last nine appearances at this race.

Alex Bowman, +1760 - If you’re looking for a dark horse and a name that’s not often on betting tickets, you can try your hand at Alex Bowman, who is coming off a runner-up finish at the Bank of America Roval 400 and a third place finish in the Drydene 400. If that doesn’t get your attention, Bowman finished runner-up in the Talladega race earlier this year and had an eighth place finish in the 2018 GEICO 500. If you ever wanted to put a few dollars on Bowman, now would be a good time to do it.