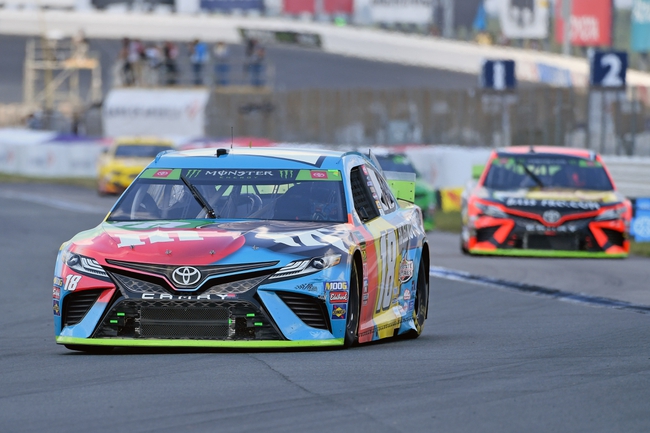 We begin the round of 12 with a trip to Delaware for the Drydene 400, a race that debuted in 1971 and usually finishes just over three hours. We didn’t land a winner last week, but four of our five drivers listed finished in the top-10, so we’re knocking on the door to victory lane. Let’s land a winner this week.

Kyle Busch, +440 - Kyle Busch could be running out of gas, as he’s averaged a finish of 23.75 in his last four races. The good news is Busch has done nothing but win at Dover over his entire racing career, which includes a win at this event in 2017 and runner-up finishes in 2015 and 2016. Busch has top-10 finishes in 13 of his last 19 appearances at the Dover International Speedway.

Martin Truex Jr., +440 - Martin Truex Jr. is averaging a third place finish in his last three races and should be very comfortable this week given that he won the first Dover race this season. Truex has finished fourth or better in five of his last six trips at the Dover International Speedway. You could argue Truex is the guy to beat this week and should be the stand alone favorite.

Brad Keselowski, +1320 - Outside of a win here in 2012, Brad Keselowski doesn’t have a ton of success in Dover and has actually finished 10th or worse in four of his last five trips. However, Keselowski has shown he’s capable of winning anywhere as long as his car is running right, and he’s produced top-five finishes in five of his last six races overall. Keselowski and a chance to make over 13 times your money may be the best value bet on the board this week.

Chase Elliott, +770 - Chase Elliott is coming off a strong victory last week and is quickly making a move up the standings with a strong playoff push up to this point. Elliott won this race last year and is averaging a second place finish in his three trips at this race overall. In his seven Dover appearances in the Monster Energy NASCAR Cup Series for his career, Elliot has finished fifth or better six times. Elliott is a strong value play this weekend.

Jimmie Johnson, +3300 - Jimmie Johnson hasn’t won a race in ages and has burned a hole in my pocket more times than not. However, the value is still there with Johnson, especially with him putting together top-10 finishes the last two weeks. Johnson has five wins at this event, which is more than anybody in history. Johnson has also finished in the top-10 in 13 of his last 18 appearances at the Dover International Speedway overall. If you’re not afraid of shots in the dark, Johnson is worth a look.