Alistair Overeem and Alexander Volkov face off on Saturday in a heavyweight bout for the main event of UFC Vegas 18 at the UFC Apex in Las Vegas.

Alistair “The Demolition Man” Overeem comes into this game with a 47-18 record overall and he has won each of his last two fights. Overeem’s last fight came against Augusto Sakai in September of 2020 and it was a competitive fight but early in the fifth round he was able to finish the fight by knockout with his elbows. Each of Overeem’s last four wins have been by knockout, and each of the last seven fights overall have finished by knockout. Overeem on the season is averaging 3.71 significant strikes per minute while absorbing 2.33 significant strikes per minute/ Overeem averages 1.44 takedowns every 15 minutes and he is successful on 56 percent of his attempts. Overeem is also averaging 0.8 submission attempts every 15 minutes. Overeem is always looking for the knockout, but at times he has been knocked out and he needs to be careful of that in this fight.

On the other side of this fight is Alexander Volkov who sits with a 32-8 but over his last four fights he has a 2-2 record. Volkov’s last fight came against Walt Harris in October of 2020 and midway through the second round, he was able to finish the fight in the second round by knockout. Since coming into the UFC Volkov has won six of his last eight fights. Volkov is averaging 4.76 significant strikes per minute while absorbing 2.53 significant strikes per minute. Volkov is averaging 0.69 successful takedowns every 15 minutes and he is successful on 70 percent of his takedown attempts. Volkov also stops 65 percent of his opponents takedown attempts. Volkov is also averaging 0.2 submission attempts every 15 minutes.

Volkov might be the more talented fighter, but I don’t think he should be this big of a favorite in this fight. Look for Overeem to land one of those big power punches and that will be the difference as he pulls the upsets. Back Overeem on the money line. 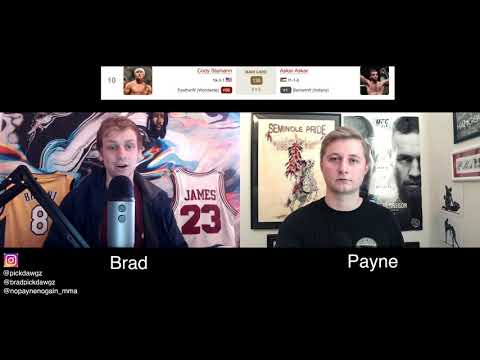