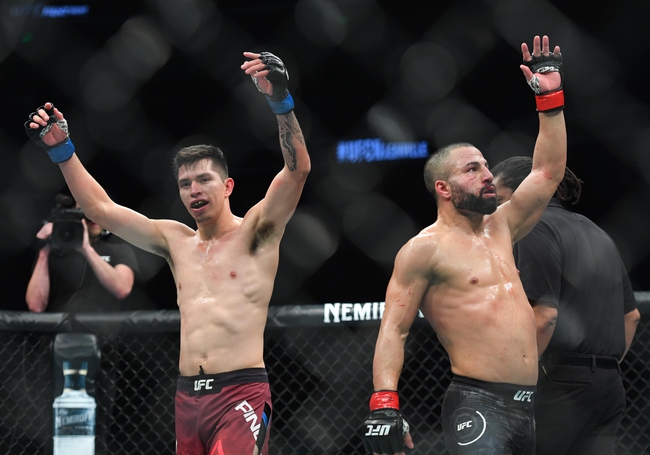 Francisco Trinaldo and John Makdessi face off in a lightweight showdown at UFC Fight Night 170 at the Ginasio Nilson Nelson in Brazil. There will be no fans in the stands but the fights are still expected to happen.

Francisco Trinaldo is a veteran of the UFC and currently sits with a 24-7 record but as he has gotten older, there haven’t been as many decisions. Over his last five fights, Trinaldo has won three of them, with two of them going the distance.

Trinaldo’s last fight was on November 16th, 2019, when he was a unanimous decision over Bobby Green. Green actually had more significant strikes than Trinaldo, but Trinaldo was able to control the fight and that was enough to get the decision.

Trinaldo has a kickboxing background and he uses this to find a lot of success. In this fight, if Trinaldo wants to win he needs to use those leg kicks to try and create some distance, which could be the difference.

John Makdessi currently sits with a 17-6 record, and he has won his last three fights, all by unanimous decision.

Makdessi’s last fight came on March 23rd, 2019 against Jesus Pinedo and it was an easy victory. Markdessi had 73 strikes compared to Pinedo who finished with only 37. It might not have been the prettiest fight for Markdessi but he did enough to come away with the victory.

Markdessi is not a guy who is going to take anyone down, so it all comes down to his work on the feet if he wants to come away with a win.

Trinaldo is the veteran in this fight but he has lost some of his power and that is going to hurt him in this one. Malkdessi is going to take away the leg kicks, and his power will make life tough on Trinaldo. He might not knock him out, but he is going to come away with a victory.