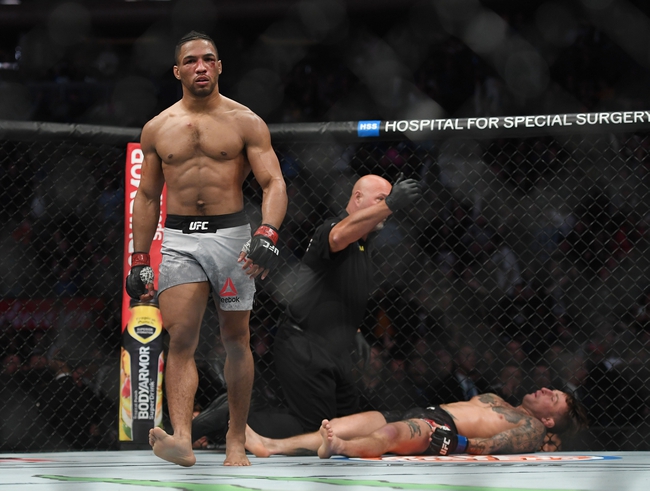 Kevin Lee and Charles Oliveira are scheduled to fight in a lightweight showdown at UFC Fight NIght 170 at the Ginasio Nilson Nelson in Brazil.

Kevin Lee has an 18-5 record, but three of those losses have come in their last five fights. Lee had lost two fights in a row heading into his last fight on November 2nd 2019 against Gregor Gillespie. Lee got back on the right track in that fight dominating early in the first round and winning with an impressive head kick.

Lee had struggled but a lot of that had to do with the death of his coach and issues with weight cutting. The Motown Phenom hopes he is in the right place mentally and can make a run towards the belt.

Lee is known for his ground and pound so the last fight staying on the feet the entire time makes the win even more impressive.

Charles Oliveira comes into this fight with a 28-8 record and he has won six fights in a row. The first four of those wins by Oliverira were by submission and the last two were by TKO. Oliveria holds the UFC record for wins by submission, highest win percentage by submissions, and performance of the night.

In the last fight on November 16th, 2019 Oliveira knocked out Jared Gordon with punches to the head.

Lee has been up and down with his career but this is the fight where he puts everything together and takes the next step forward in his career. Oliveira has been fighting well, but this is a big step up in competition. Lee is going to get this fight to the ground, and he will use the ground and pound to his advantage.

Take Lee at a nice price.

Get Premium Picks Start Winning Now »
The pick in this article is the opinion of the writer, not a PickDawgz site consensus.
Previous Pick
Francisco Trinaldo vs. John Makdessi - 3/14/20 UFC Fight Night 170 Picks and Prediction
Next Pick
Vicente Luque vs. Niko Price 5/9/20 UFC 249 Picks and Prediction