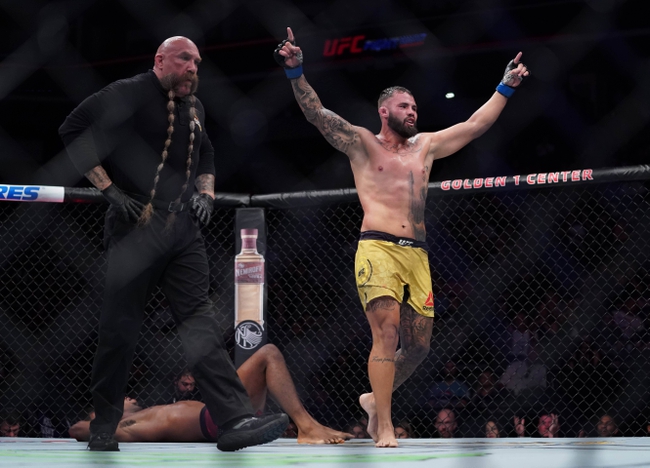 John Allan vs. Roman Dolidze face off on Saturday in a light heavyweight bout at UFC Vegas 16 at the UFC Apex in Las Vegas.

John Allan comes into this fight with a 13-5 record overall and he has one fight under his belt in the UFC, but his win was later overturned by. Allen later tested positive for tamoxifen, which is a banned substance and he was suspended. Allen’s last fight came in July of 2019 so there has been a bit of a layoff heading into this fight. Even though Allen’s win was overturned he still beat Mike Rodriguez on short notice and he should have confidence heading into this one. Allen has won nine wins by knockout, three submissions, and one decision. In this fight, look for Allan to hunt the knockout early, but the only concern might be that he would get worn down.

On the other side of this matchup is Roman Dolidze who comes into this fight with a 7-0 record overall and he is 1-0 inside the UFC. Dolidze’s fight came in July of 2020 against Khadis Ibragimov and he looked dominant in that fight. Dolidze is averaging 4.47 significant strikes per minute while only absorbing 0.94 significant strikes per minute. Dolidze likes to keep the fight on the feet and in this one he will probably be willing to stand in the middle and trade punches and knees. The last win by Dolidze came by knees. Dolidze just needs to be careful in this fight that he doesn’t get hit by a punch or he could be finished in this fight.

Even though Allan’s last fight was technically a loss now, he had beaten Rodriguez in the ring and he is going to find success again in this one. Dolidze is going to suffer his first loss because Allan is going to avoid the big punch. Back Allan on the money line.