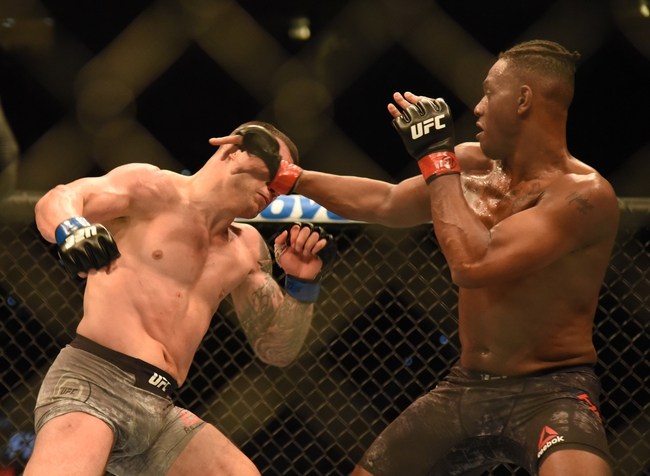 Ovince Saint Preux and Jamahal Hill face off on Saturday in a light heavyweight bout at UFC Vegas 16 at the UFC Apex in Las Vegas.

Ovince Saint Preux comes into this fight with a 25-14 record overall but he has been inconsistent as of late. Ovince Saint Preux has lost three of his last five fights but he did come away with a win in his last fight in September. Saint Preux faced off with Alonzo Menifield and late in the second round he had worn down his opponent enough to earn the victory. In May of 2020 Saint Preux faced off with Ben Rothwell and he lost by split decision. Saint Preux is averaging 2.64 significant strikes per minute while absorbing 2.88 significant strikes per minute. Saint Preux is also averaging 1.23 takedowns every 15 minutes but he is only successful on 40 percent of the attempts.

On the other side of this fight is Jamahal Hill who comes into this game with a 6-0-0 record overall but he also has two no-contests. Hill has fought three times inside the UFC and he has won two of the fights but the last fight ended in a no-contest. Hill is a powerful fighter that wants to throw punches in bunches to come away with victories. Hill is averaging 7.90 significant strikes per minute while absorbing 2.81 significant strikes per minute. Hill wants to keep the fight on the feet and is stopping 53 percent of his opponents' takedown attempts.