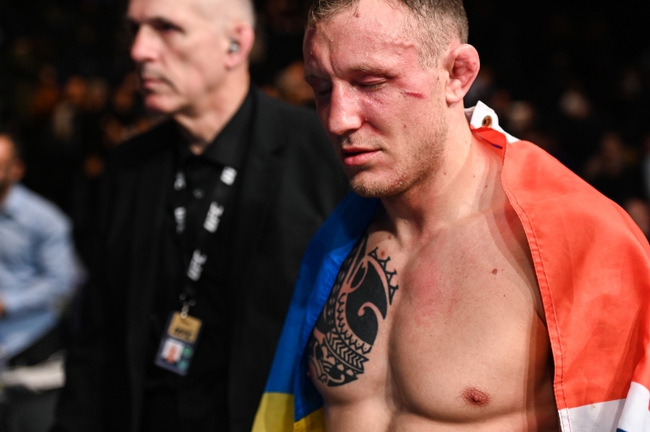 Jack Hermansson and Marvin Vettori face off on Saturday in a middleweight bout at UFC Vegas 16 at the UFC Apex in Las Vegas.

Vettori took this fight on short notice and if he can win he will take a big step forward in the rankings.

Jack Hermansson comes into this fight with a 21-5 record overall and coming into this one he has won five of his last six fights. Hermansson’s only loss during that stretch came in September of 2019 against Jared Cannonier. In Hermansson’s last fight against Kelvin Gastelum in July of 2020 and just a little ways into the first round he was able to lock in a heel hook and finish off the submission. Three of Hermansson’s last four wins were won by submission. Hermansson comes into this one averaging 5.08 significant strikes per minute while absorbing 2.52 significant strikes per minute. Hermansson is averaging 2.19 successful takedowns every 15 minutes but he only completes 35 percent of those attempts. Hermansson is only averaging 0.9 submission attempts every 15 minutes, but when he locks one in, the fight is usually over.

On the other side of this matchup is Marvin “The Italian Dream” Vettori comes into this fight with a 15-4-1 record overall and coming into this one he has won three fights in a row. Vettori’s last fight came against Karl Roberson in July of 2020 and late in the first round of that fight, he locked in a rear-naked choke. The two previous wins for Vettori were by unanimous decision. Vettori is averaging 4.33 significant strikes per minute while absorbing 2.76 significant strikes per minute. Vettori is also averaging 1.67 successful takedowns but he is only successful on 47 percent of his takedowns attempts. The short notice for Vettori has to be a concern but he has enough talent to be competitive in this fight.