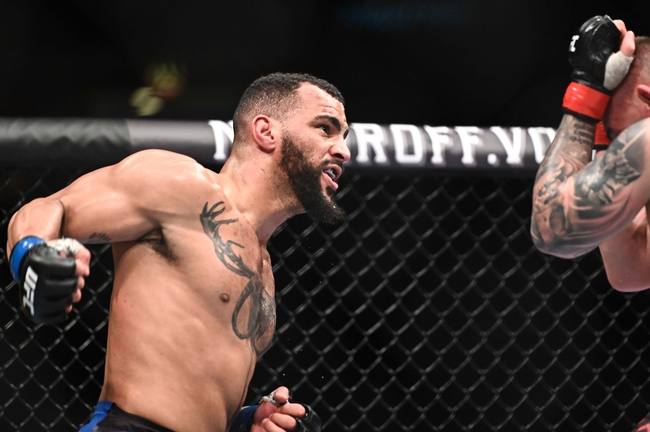 Anthony Smith and Devin Clark face off in a light heavyweight bout for the co- main event of UFC Vegas 15 on Saturday at the UFC Apex in Las Vegas.

Anthony “Lionheart” Smith comes into this fight with a 33-16 record overall and he is a fan favorite, but he has lost two fights in a row. Smith's last against Aleksander Rakic in August of 2020 and it was a night that he just didn’t have what it took to win. Smith’s last win came in June of 2019 against Alexander Gustafsson and he won that fight by submission with a rear naked choke. Smith is averaging 2.97 significant strikes per minute. Smith is also averaging 0.41 successful takedowns every 15 minutes but he is only successful on 25 percent of his takedown attempts. Smith also tries 0.7 submission attempts every 15 minutes. Smith needs to get out to a faster start to his fight. In Smith’s last fight he looked lost early and he can’t let that happen in this one.

Devin “Brown Bear” Clark comes into this fight with a 12-4 record overall and coming into this one he has won two fights in a row.Clark’s last fight came against Alonzo Menifield in June of 2020 and he outstruck his opponent 79-39 which allowed him to win by unanimous decision. Clark is a fighter who has success on his feet but at times will also try to get the fight to the ground. Clark is averaging 3.40 significant strikes per minute while absorbing 2.47 significant strikes per minute. Clark is also averaging 2.76 successful takedowns every 15 minutes but he is only successful on 36 percent of his attempts. He also is good against other wrestlers, stopping 83 percent of his opponents' takedown attempts. In this fight, look for Clark to try and get the fight to the ground.

Smith is the favorite, but he didn’t look right in the last fight, and he is going to struggle again early in this one. Look for Clark to get the fight to the ground and he will control the fight once he gets there. Back Clark to get the job done on the money line.