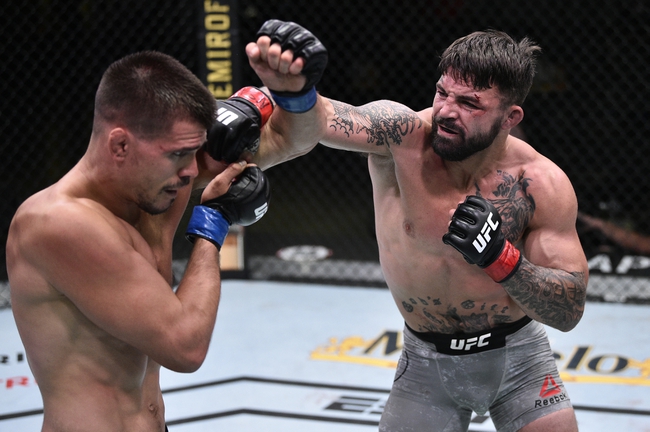 Mike Perry and Tim Means face at UFC 255 in a welterweight bout at the UFC Apex in Las Vegas, Nevada.

Mike “Platinum” Perry comes into this fight with a 14-6 record overall but since coming into the UFC he has been inconsistent. Perry had lost two fights in a row before winning his last fight over Mickey Gall in June of 2020. In that last fight, Perry outstruck his opponent 76-55 and had one takedown, which was enough to come away with a unanimous decision. Perry hasn’t won back to back fights since all the way back in 2017. Perry is a fighter who delivers a lot of damage, but also takes a lot of damage. Perry is averaging 4.36 significant strikes per minute while absorbing 4.41 significant strikes per minute. Perry is also averaging 0.66 successful takedowns every 15 minutes. Perry also stops 76 percent of his opponents takedown attempts. Perry takes a lot of damage but this is a fight he needs to try and limit that or he will be knocked out.

On the other side of this fight is Tim “The Dirty Bird” Means and he comes into this fight he sits with a 30-12-1 Much like Perry, Means has been inconsistent and coming into this fight he has won two of his last three fights. Means last fight came against Laureano Staropoli in August of 2020. In that fight, Means outstruck his opponent 85-71 and also had two takedowns which was enough to come away with the unanimous decision. Means is averaging 4.92 significant strikes per minute while absorbing 3.53 significant strikes per minute. Means is also averaging 0.98 takedowns every 15 minutes and he is successful on 42 percent of the attempts.

Perry takes too much damage and means is going to take advantage. Perry again won’t win back to back fights, and Means comes away with the victory. Back Means at plus money to put more money in your back pocket.