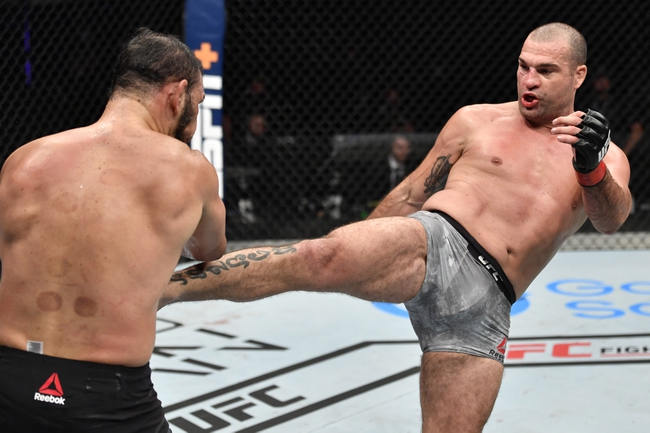 Mauricio Rua and Paul Craig face at UFC 255 in a light heavyweight bout at the UFC Apex in Las Vegas, Nevada.

Mauricio “Shogun” Rua is a former champ and he comes into this fight with a 27-11-1 record overall and he is coming off a win in his last fight. Rua’s last fight came back in July of 2020 against Rogerio Nogueira and it was a competitive fight, but his two takedowns were enough to win the fight by split decision. Rua also outstruck his opponent 54-46. Rua still has devastating power in his hands and there is no doubt that is something he will loo tk ouse to his advantage in this fight. Rua is averaging 3.63 significant strikes per minute while absorbing 2.70 significant strikes per minute. Rua is also averaging 2.17 successful takedowns every 15 minutes and he is successful on 48 percent of his takedown attempts. Rua is also averaging 0.8 successful submission attempts every 15 minutes.

On the other side of this matchup is Paul Craig who comes into this fight with a 13-4-1 record overall but since coming into the UFC he has been super inconsistent. Over his last three fights though. Craig has won two fights and the other fight has been played to a draw. Craig’s last fight came against Gadzhimurad Antigulov in July of 2020, and he was being outstruck, but two minutes into the fight he locked in a triangle choke, and that was enough to come away with a victory. At times Craig has been hurt by the big punch, and that is going to be something he will need to avoid in this fight. Craig is averaging 2.30 significant strikes per minute while absorbing 2.56 significant strikes per minute. He is also averaging 1.21 takedowns every 15 minutes but he is only successful on 21 percent of his attempts.

Craig has been hurt by power before and it’s going to happen again in this one. Look for Rua to hit him with one of this big punches, and finish it. Back Rua on the money line.