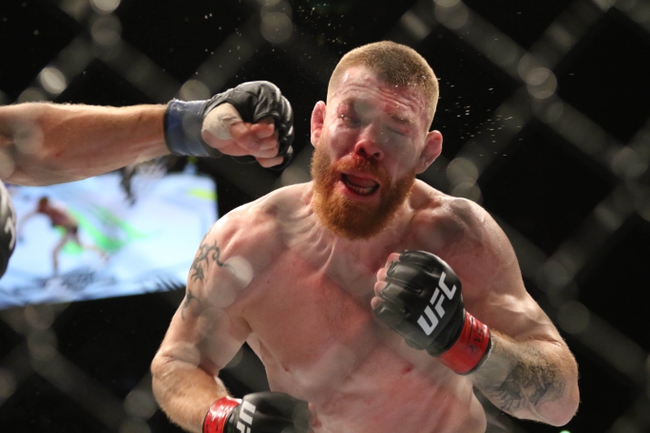 Rafael dos Anjos and Paul Felder face off in a lightweight bout for the main event of UFC Vegas 14 at the UFC Apex in Las Vegas.

Islam Makhachev was originally supposed to fight dos Anjos but he had to pull out and Felder is stepping in on five days notice.

There is a lot of buzz around Paul Felder heading into this fight including could this be his last fight inside the UFC. Felder comes into this fight with a 17-5 record overall and coming into this fight he has won two of his last three fights. The one loss for Felder did come in the last fight against Dan Hooker in February of 2020. Felder actually looked good in that fight but he lost by split decision. Felder comes into this fight averaging 3.67 significant strikes per minute while absorbing 3.40 significant strikes per minute. Felder likes to keep the fight on the feet and is averaging 0.25 successful takedowns every 15 minutes and he is successful on only 25 percent of his attempts. Felder also is pretty good against the takedown stopping 61 percent of his opponents' attempts.

Get Premium Picks Start Winning Now »
The pick in this article is the opinion of the writer, not a PickDawgz site consensus.
Previous Pick
UFC Vegas 14: Abdul Razak Alhassan vs. Khaos Williams Picks and Predictions
Next Pick
UFC 255: Brandon Moreno vs. Brandon Royval Picks and Predictions