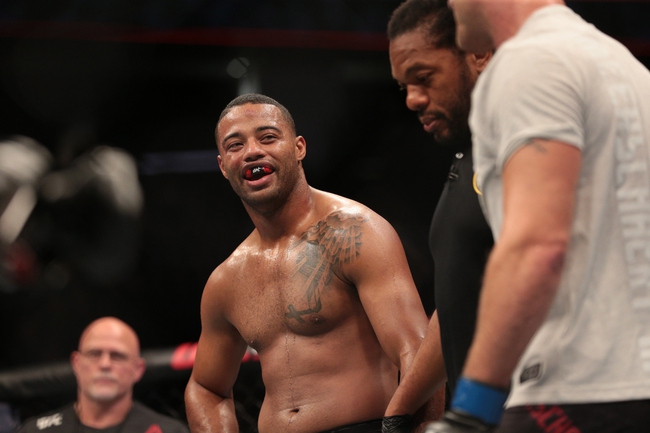 Trevin Giles and Bevon Lewis face off in a middleweight showdown at UFC Vegas 13 at the UFC Apex in Las Vegas.

Trevin Giles comes into this fight with a 12-2 record overall but coming into this fight he has lost two of his last three fights. The one win for Giles during that stretch was in his last fault against James Krause in February of 2020 and he was able to win that victory by split decision. Each of Giles two losses have come by guillotine choke and it’s something he has to be more careful about going forward. Giles is averaging 3.61 significant strikes per minute while absorbing 1.75 significant strikes per minute. Giles comes into this fight averaging 1.47 takedowns every 15 minutes and he is successful on 100 percent of his takedown attempts. Giles is also stopping 73 percent of his opponents' takedown attempts. Giles is also averaging 0.2 submission attempts every 15 minutes.

On the other side of this fight is Bevon Lewis who comes into this fight with a 7-2 record but he also has lost two of his last three fights. Bevon Lewis last fight came against Dequan Townsend in January of 2020 and that was a fight he was able to win by unanimous decision. He was able to outstrike Townsend 36-28 and that led to the victory. Lewis comes into this fight averaging 4.05 significant strikes per minute while absorbing 2.52 significant strikes per minute. Lewis is going to stand in the middle of the octagon and fight and try not to get taken down. Lewis is averaging 0.00 takedowns every 15 minutes and 0.0 takedowns every 15 minutes. Lewis has stopped 100 percent of his opponents' takedown attempts.

This should be a very competitive fight and is going to come down to if Giles can get the fight onto the ground. I think Giles will be able to do that and it will be the difference as he will come away with a victory in this one.