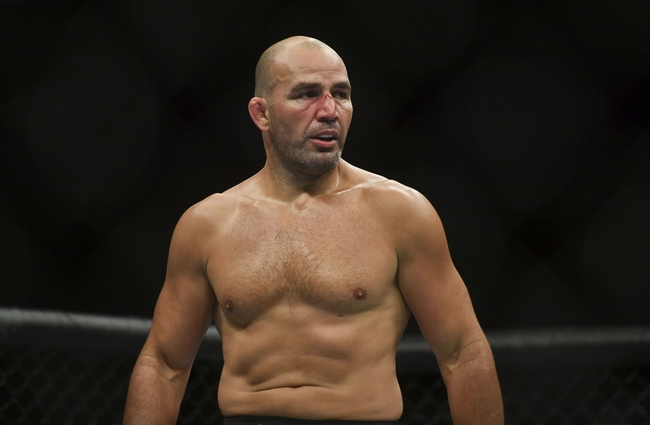 Thiago Santos and Glover Teixeira face off in a light heavyweight showdown for the main event of UFC Vegas 13 at the UFC Apex in Las Vegas.

Thiago “Marreta” Santos is currently the number one ranked contender in the division and he comes into this game with a 21-7 record overall and coming into this game he has won four of his last five fights. The one loss during that stretch was in his last fight in July of 2019 against Jon Jones. Santos was competitive in that fight but he lost by a split decision. In that fight against Jones, Santos really messed up his left leg and partially tore his ACL in his right leg. Santos comes into this fight averaging 4.44 significant strikes per minute while absorbing 2.19 significant strikes per minute. Santos usually wants to keep the fight on his feet and try to use his knockout power to his advantage. Santos also does a good job stopping 68 percent of his opponents' takedown attempts. Santos also loves to use body kicks, but with his legs injuries, that could be questionable.

On the other side of this fight is Glover Teixeira who comes into this fight with a 31-7 record overall and coming into this fight he has won four in a row. Teixeira’s last fight came against Anthony Smith and he was dominant in that fight. Teixeira outstruck Smith 138-86 in that fight and in the 5th round he finally finished it by knockout. That was also a five-round fight so there should be no concerns about conditioning coming into this fight. Teixeira is averaging 3.74 significant strikes per minute while absorbing 3.87 significant strikes per minute. Teixeira is averaging 1.87 successful takedowns every 15 minutes but he is only successful on 38 percent of takedown attempts. Teixeira is also averaging 0.9 submission attempts every 15 minutes.