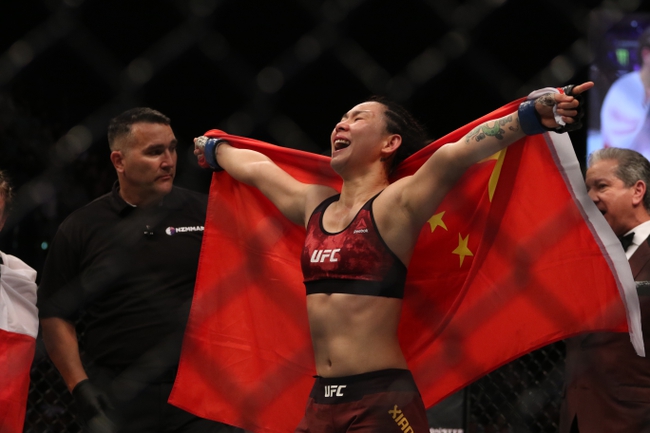 Claudia Gadelha and Yan Xiaonan face off in a women’s strawweight showdown at UFC Vegas 13 at the UFC Apex in Las Vegas.

Claudia Gadelha comes into this fight with an 18-4 record overall and she has won each of her last two fights. Gadelha’s last fight came against Angela Hill and it was quite competitive and there was a lot of questions about who would win the fight. Gadelha was outstruck in that fight, but she had the one takedown and that was enough to come away with the split decision victory. Gadelha is averaging 3.40 significant strikes per minute while absorbing 4.53 significant strikes per minute. Gadelha is averaging 3.13 while absorbing 4.53 significant strikes per minute. Gadelha likes to get the fight to the ground and she is averaging 3.13 takedowns every 15 minutes and she is successful on 45 percent of them. She also tries to 0.7 submission attempts every 15 minutes.

Yan Xiaonan comes into this fight with a 12-1 record overall and since coming into the UFC she has won each of her last five fights. Xiaonan’s last fight came against Karolina Kowalkiewicz in February of 2020 and she was dominant. Xiaonan outstruck her opponent 93-38 and she had five takedowns in that fight which was enough to come away with the unanimous decision. Xiaonan also has a win over Angela Hill, a fight she won by unanimous decision. Xiaonan is averaging 6.72 significant strikes per minute while absorbing 3.88 significant strikes per minute. Xiaonan is good at getting the fight to the ground when she wants to average 1.20 submission attempts every 15 minutes. One thing Xiaonan won’t try to do is finish this fight by submission.

One thing about Xiaonan is she can fight wherever the fight goes and that is going to be her advantage in this fight. This fight is going to go the distance with Xiaonan coming away with a victory.