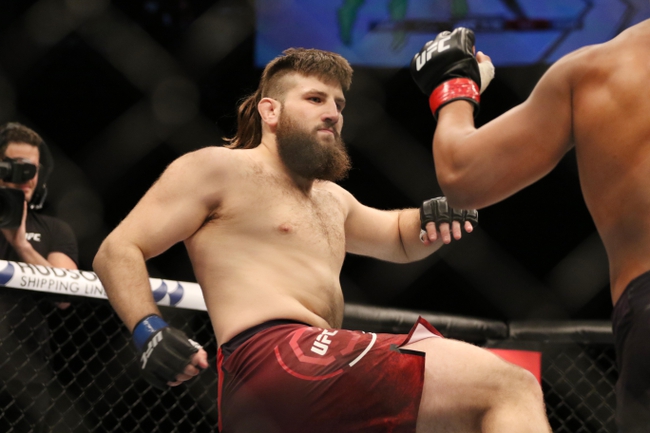 Andre Arlovski and Tanner Boser face off in a heavyweight showdown for the co-main event of UFC Vegas 13 at the UFC Apex in Las Vegas.

Andre “The Pitbull” Arlovski comes into this fight with a 29-19 record overall and after a downturn in his career he has turned it around a bit winning two of their last three fights. Arlovski’s last fight came in May of 2020 against Phillipe Lins and he looked good. Arlovski outstruck Lins 50-41 and that was enough to come away with a unanimous decision. One thing about Arlovski’s wins is they usually will go to a decision. His last win that came by knockout was back in May of 2015. Arlovski is averaging 3.54 significant strikes per minute while absorbing 2.69 significant strikes per minute. Arlovski is averaging 0.50 takedowns every 15 minutes and he is successful on 36 percent of the takedown attempts. Arlovski needs to get out to a fast start in this one or he could be in some trouble.

On the other side of this matchup is Tanner “The Bulldozer” Boser who comes into this game with a 19-6-1 record overall and since coming into the UFC he has won three of his four fights. In Boser’s last fight in July of 2020 against Raphael Pessoa, he dominated the fight, and midway through the second round he was able to win the fight by knockout. Each of his last two wins have come by knockout and his one loss came by unanimous decision. Boser comes into this fight averaging 4.54 significant strikes per minute while absorbing 2.85 significant strikes per minute. Boser wants to keep the fight on the feet and use his striking power to finish fights.

Boser is the more powerful fighter and he is going to have no issue getting the job done in this one. Look for Boser to land one of his power punches, and it will be all over. Back Boser to win this fight by knockout.