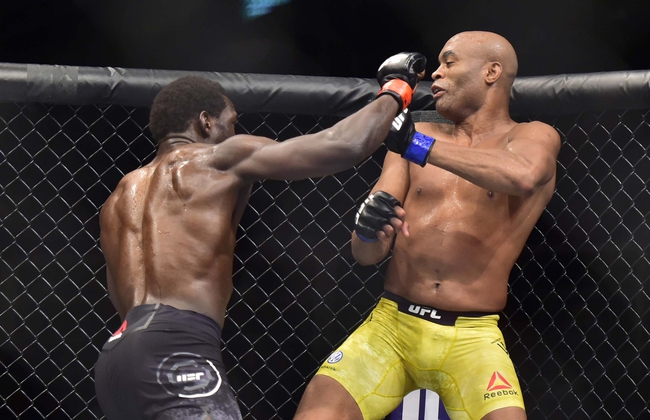 Uriah Hall and Anderson Silva face off in a middleweight bout at the main event of UFC Vegas 12 at the UFC Apex in Las Vegas.

Uriah “Prime Time” Hall comes into this game with a 16-9 record overall and coming into this fight he has won two fights in a row. Hall’s last fight came all the way back in 2019 against Antonio Carlos Junior and it was a close fight that he won by split decision. Hall has a lot of power in his hands and two fights ago he won by knockout. Hall is averaging 3.31 significant strikes per minute while absorbing 3.57 significant strikes per minute. Hall is averaging 0.75 successful takedowns every 15 minutes and he is successful on 38 percent of his takedown attempts. Hall is also pretty good against the takedown stopping 69 percent of his takedown attempts. Hall is also averaging 0.2 submission attempts every 15 minutes. In this one, Hall needs to use his power early and look for the knockout.

Anderson “The Spider” Silva is one of the best UFC fighters in history but it’s pretty clear at this point it’s time to hang it up. Overall Silva has 34 wins but he has lost six of his last eight fights with one of the other fights ending in a no contest. Silva’s last fight was against Jared Cannonier in May of 2019 and it was late in the first round that he won by knockout. Silva is averaging 3.04 significant strikes per minute while absorbing 1.98 significant strikes per minute. Silva is averaging 0.52 successful takedowns every 15 minutes and he is successful on 77 percent of his takedown attempts. Silva is also averaging 0.8 submission attempts every 15 minutes.