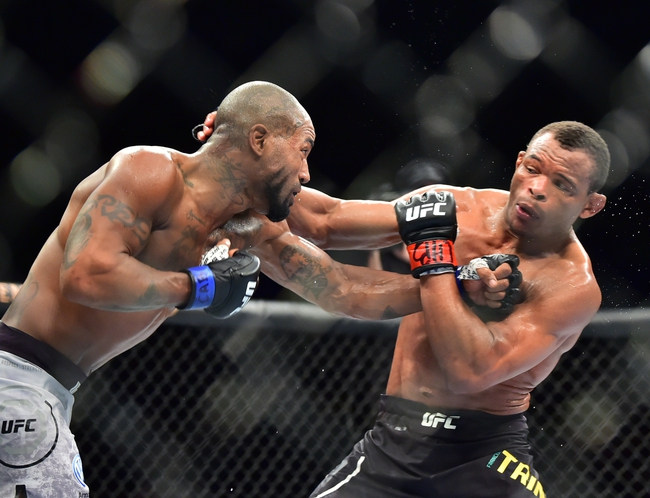 Bobby Green and Thiago Moises face off in a lightweight bout in the main card of UFC Vegas 12 at the UFC Apex in Las Vegas.

Bobby “King” Green is a UFC veteran and comes into this fight with a 27-10-1 record overall and coming into this fight he has won each of his last three fights. Green’s last fight came against Alan Patrick in September of 2020 and there wasn’t really any doubt he had come away with a victory. Green outstruck Patrick 61-19 and he also had four takedowns. The four takedowns were the most of any of his fights inside the UFC. Green comes into this fight averaging 5.13 significant strikes per minute while absorbing 3.36 significant strikes per minute. Green is also averaging 1.53 takedowns every 15 minutes and he is successful on 39 percent of his takedown attempts and he stops 74 percent of his opponents' takedown attempts. Green also tries 0.4 submission attempts every 15 minutes. It will be interesting in this fight if he elects to keep it on the feet or if he tries to get it to the ground.

Thiago Moises comes into this fight with a 13-4 record and since coming into the UFC he has gone 3-2. Thiago Moises last fight came against Michael Johnson in May of 2020 and that was a bit of a shocking fight. Moises was actually oustruck 27-1 in that fight, but early in the second round he locked in an ankle lock and got the submission. Moises is averaging 2.68 significant strikes per minute while absorbing 3.54 significant strikes per minute. Moises is also averaging 1.10 takedowns every 15 minutes but he is only successful on 28 percent of them. Moises loves to finish the fight by submission and he is averaging 1.6 submission attempts every 15 minutes.

Let’s call it what it is, Moises got super lucky in his last fight coming away with the victory, in a fight that he was being dominated in. Moises does a good job of grinding out fights, and he will do that in this one, but he won’t win. Bobby Green will win this fight by decision.