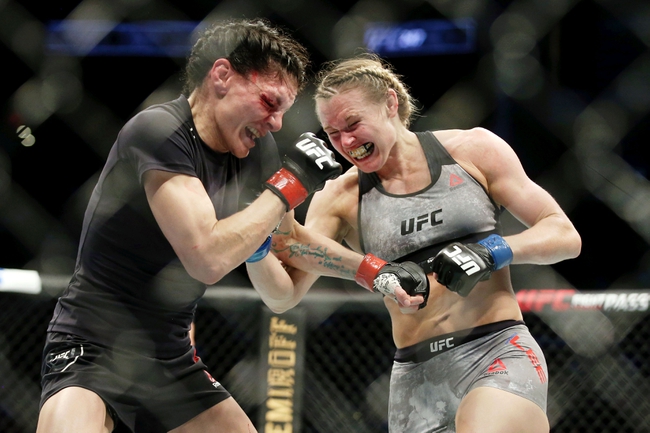 Lauren Murphy and Liliya Shakirova face off in a middle flyweight bout at UFC 254 at UFC Fight Island at Abu Dhabi in the United Arab Emirates.

Lauren “Lucky” Murphy comes into this fight with a 13-4 record overall and coming into this fight she has won three fights in a row. Murphy’s last fight came back in June of 2020 against Roxanne Modafferi. In that fight Murphy had two takedowns and outstruck Modafferi 72-44 which was enough to come away with the victory. Murphy is averaging 3.88 significant strikes per minute while absorbing 3.90 significant strikes per minute. Murphy is averaging 1.14 successful takedowns every 15 minutes but she is only successful on 35 percent of her takedown attempts. Murphy is a grinder but two of her fights inside the UFC have finished by knockout.

Liliya Shakirova will be making her UFC debut when she steps into the octagon on Saturday. Shakirova comes from Uzbekistan and it would be quite the statement if she was able to win her UFC fight against Murphy. Shakirova comes into this fight with an 8-1 record and she has won three fights in a row. Two of those wins came by knockout and the other fight was a win by split decision. In her last fight in October of 2019, she won late in the second round by knockout. One concern about backing Shakirova has to be with the layoff. Her last fight came over a year ago and it isn’t going to be an easy task having to face Murphy.

Shakirova could very well become a good fighter in the UFC but the long layoff is very concerning to me. Murphy is the more experienced fighter and she is going to be smart about this one. Look for Murphy to win the fight by decision.