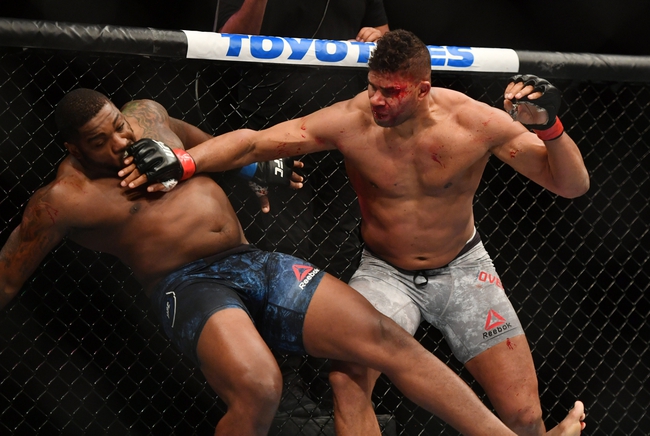 Alexander Volkov and Walt Harris  face off for the heavyweight bout at UFC 254 at UFC Fight Island in Abu Dhabi at United Arab Emirates.

Alexander “Drago” Volkov comes into this fight with a 31-8 record and since coming into the UFC he has won four of his six fights. The only downside for Volkov is those two losses have come in his last three fights. Volkov’s last fight came against Curtis Blaydes in June of 2020 and he was dominated in that fight. Volkov was taken down 14 times, and when it went to the judges scorecard, there was no doubt that he had lost. Volkov’s last win was against Greg Hardy in November of 2019, a fight he outstruck Hardy by 40 in, and that led to a unanimous decision loss. Volkov is averaging 4.65 significant strikes per minute while absorbing 2.53 significant strikes per minute. Volkov’s takedown defense is a big issue and something that needs to be improved upon.

On the other side of this matchup is Walt “The Big Ticket” Harris who comes into this fight with a 13-8 record and coming into this game he has won two of his last three fights. Harris last fight came against Alistair Overeem in May of 2020 and he was dominated as the fight went on, and midway through the second round he was knocked out. Harris is averaging 2.97 significant strikes per minute while absorbing 3.18 significant strikes per minute. Harris is averaging 0.32 successful takedowns every 15 minutes and he stops 72 percent of his opponents' takedown attempts. It will be interesting to see if Harris tries to get the fight to the ground to take advantage of Volkov and control the fight.